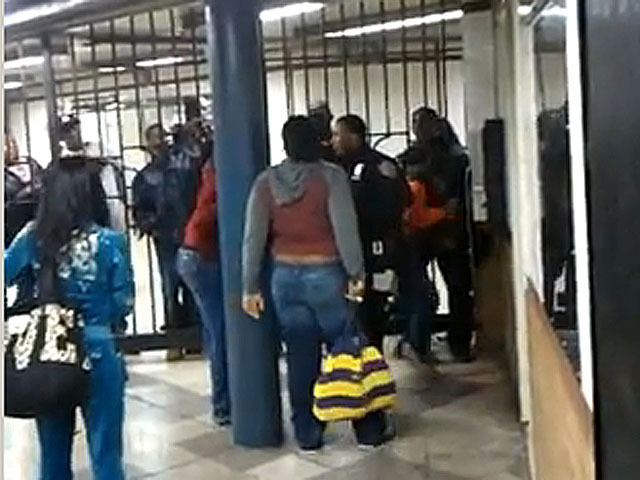 Last Friday night, four teenage girls allegedly tried to beat the subway fare in Harlem by hopping the turnstiles. They were immediately pulled off the train by the cops after they had just boarded the train at 125th street. The girls swung pocketbooks and punches at the cops.

Initially, there were two cops taking on the group of teens when the melee started, but the officers immediately called for reinforcements.

The entire incident was a caught on videotape by passengers in the train and at the station.

A witness is heard saying the video, "They did it all and now they're going to blame the cops. It's all their fault.''

The girls, ages 14 through 16, now face charges including assault and resisting arrest.