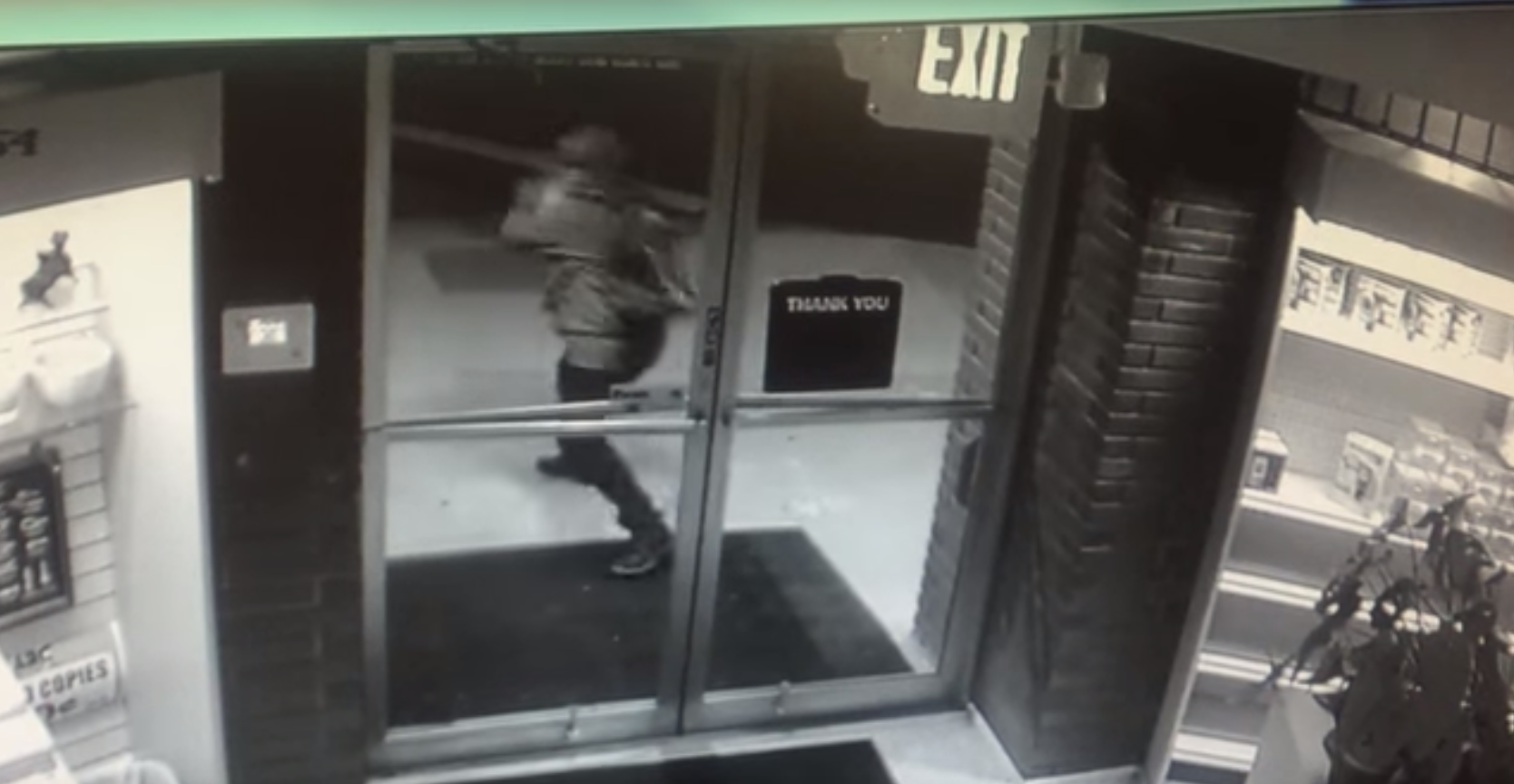 BURBANK, Calif. -- Police say they are looking for two men who allegedly used a large rock to break into a drug store, according to CBS Los Angeles.

The break-in reportedly happened on Feb. 24 at about 5:15 a.m. at a pharmacy and police need the public's help to identify the suspects and track them down. The exact location was withheld, a police official told the station.

One of the two men can be seen in the surveillance video above throwing a large rock through the glass door. They then allegedly broke open the cash register and took some cash, according to CBS Los Angeles.

Police say the suspects also tried to get into a secure area of the pharmacy -- where narcotics are kept -- but were unable to get in.

Both suspects are described as males between 17-and 23-years-old. One was reportedly described as being African American, wearing an Ecko hoodie, Vans sneakers, black gloves and wearing a Jansport backpack.

The other suspect was described as described as of Hispanic descent and wearing a Nike hoodie, jeans and a Los Angeles Dodgers ball cap, according to the station.

Police are saying anyone with information about the theft or the suspects is urged to contact the Burbank Police Department at (818) 238-3210.