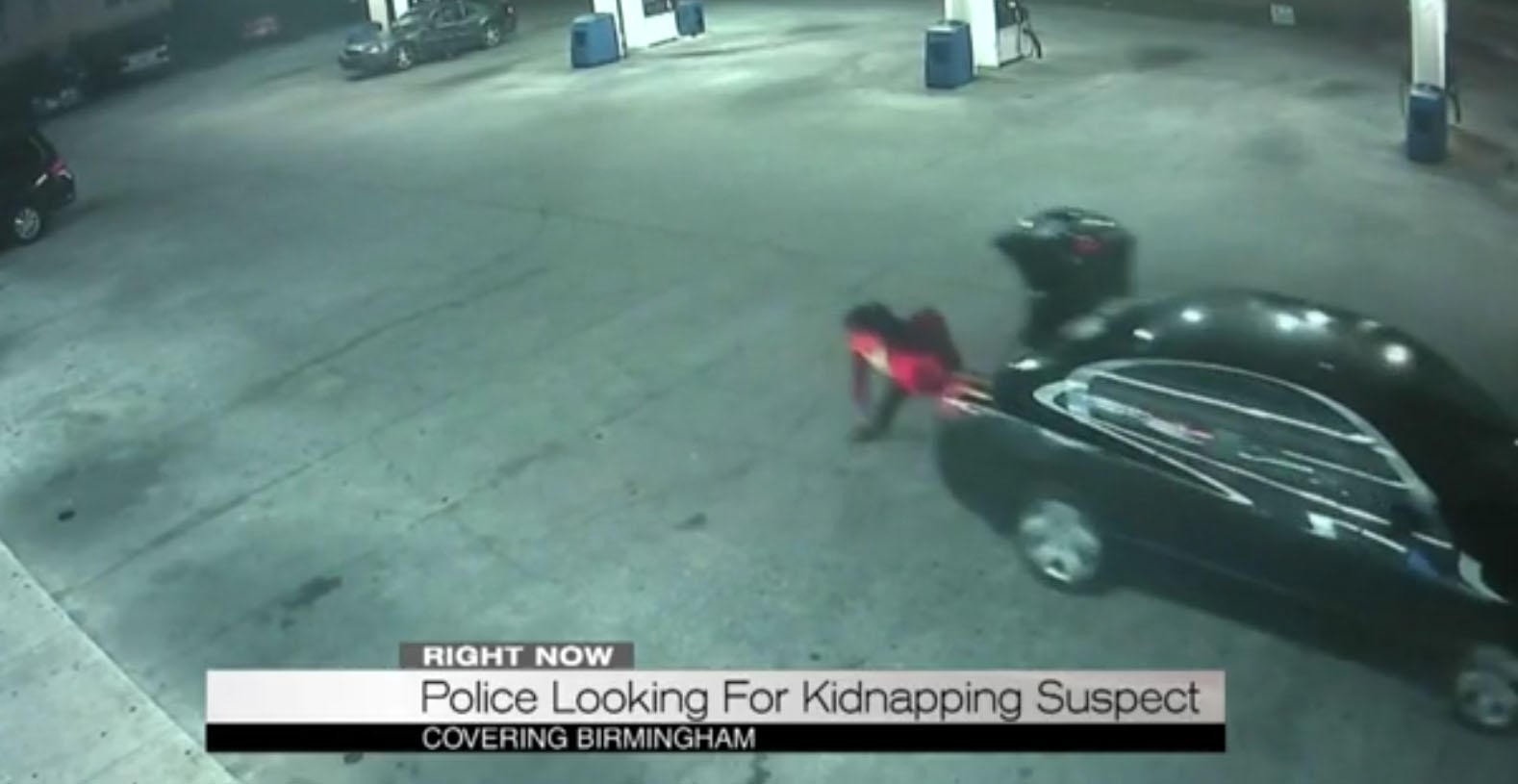 BIRMINGHAM, Ala. -- Police say a 25-year-old Alabama woman jumped from the trunk of her car to escape an alleged kidnapper in an incident caught on surveillance video obtained by CBS affiliate WIAT.

Birmingham Police Sgt. Bryan Shelton told the station an assailant approached the woman Tuesday night as she was walking into her Birmingham apartment. The suspect demanded money, and when the woman said she didn’t have any, he forced her into her car at gunpoint, Shelton said. She was later forced into the trunk, the station reports.

The woman told police the suspect drove to multiple unknown locations. Police believe he was using her card to get cash from various ATMs, the station reports.

The victim was able to get away at a gas station. When he began to drive off, she was able to open the trunk and jump out. She then ran inside the gas station and called 911.

The escape was seen on surveillance video.

Yosef Alsabah, the owner of the gas station, told AL.com the man came into the gas station before the escape, tried to use the ATM several times and asked for help with the machine. He said the man was trying to withdraw more money than was in the account.

Alsabah said something seemed “not right” with the man and he appeared to be carrying a gun.

After he left, Alsabah watched him drive off and saw the woman jump out of the trunk and rush inside.

“I let her inside, in a safe place and I locked the door and I called the police,” Alsabah told WIAT. “She was scared, shaken up, she was bruised in her left leg and left arm.”

The woman suffered minor injuries and is recovering. The suspect is still on the run. Police are asking anyone with information to come forward.