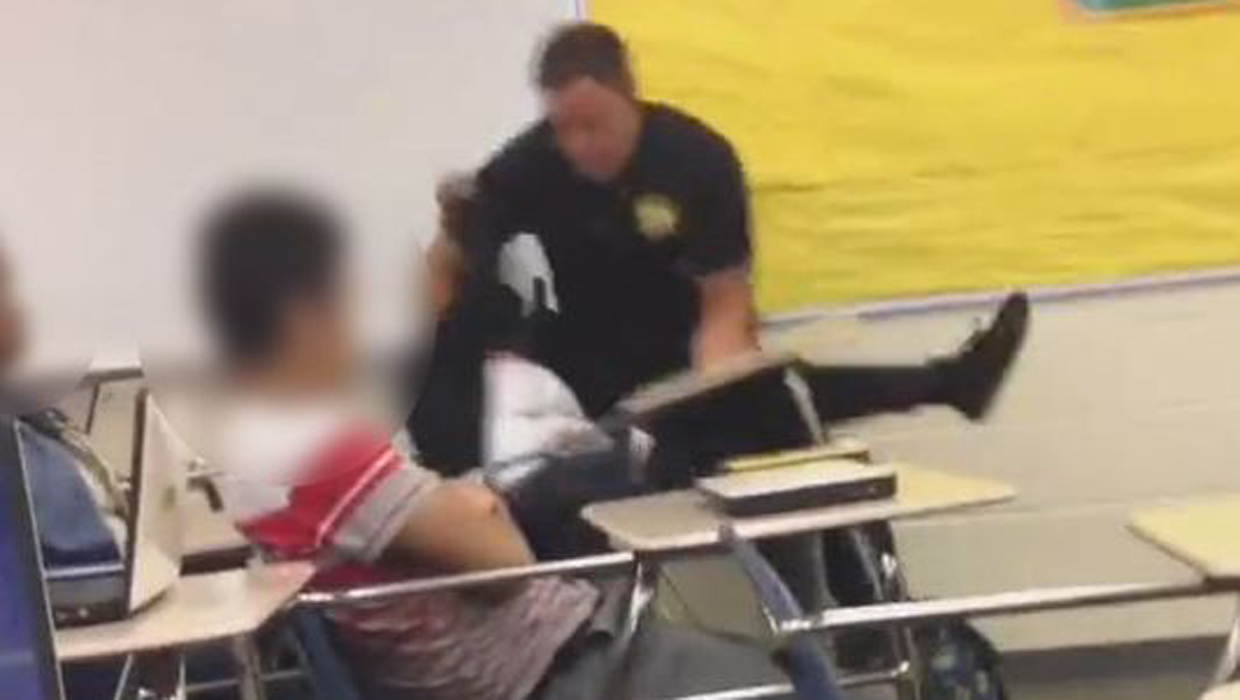 In the video, a female student can be seen sitting in her chair in a classroom with other students when the officer grabs the student, causing the chair to flip over backwards. The officer is seen apparently dragging the student, still in the chair, several feet across the floor.

The officer then tells the girl to put her hands behind her back.

Lott said the child was put under arrest.

"Sheriff Leon Lott is out of town attending a Law Enforcement conference - he did see the video and was very disturbed by it. He has questions like everyone has - and he wants answers and once he has those answers he will address them. The Sheriff is asking for everyone to be patient as this is being fully investigated," the department said.

In a statement published on WLTX, Richland County District Two superintendent Libby Roof said the district was "deeply concerned" about the incident.

"Student safety is and always will be the District's top priority. The District will not tolerate any actions that jeopardize the safety of our students," the statement read.

School and district administrators are working with the Richland County Sheriff's Department to conduct an investigation, Roof said in the statement. The district also directed the school resource officer not to return to any school in the district pending the investigation's outcome.