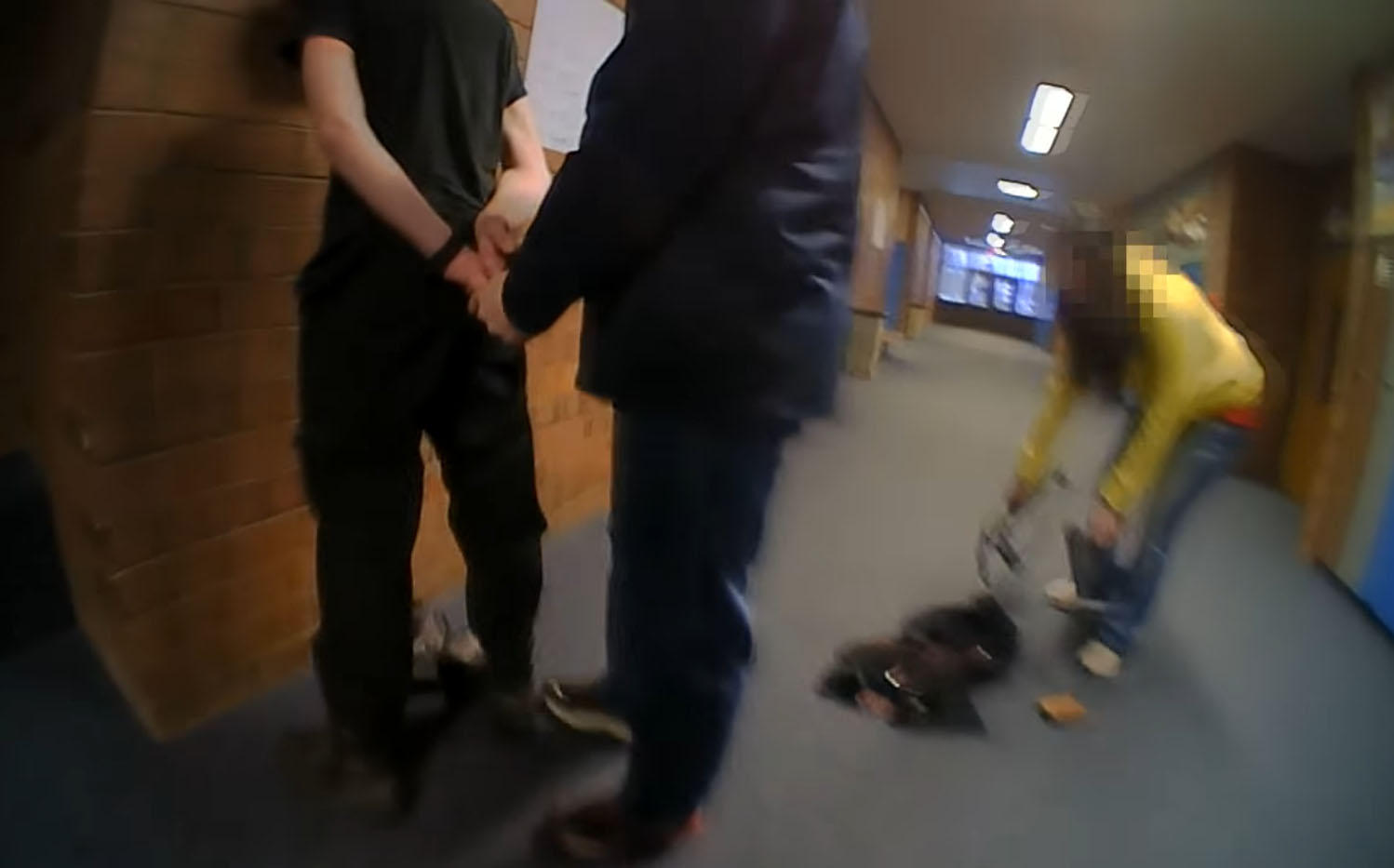 BOUNTIFUL, Utah -- Police in Utah have released body cam footage in the case of a teenager accused of firing a shotgun into a junior high classroom ceiling before he was stopped and disarmed by his parents.

Prosecutors on Thursday filed theft and gun charges against the 15-year-old student who is accused of taking two guns from his parents’ safe and bringing them to school Dec. 1, along with two boxes of ammunition hidden under a long coat.

His parents were concerned about him that morning and followed him to school after discovering their missing weapons, police said. They heard the shot and disarmed him at Mueller Park Junior High School in Bountiful, about 11 miles north of Salt Lake City.

No one was hurt, but the incident put the school on lockdown and sent hundreds of parents rushing to the school to find out what happened.

Late Thursday afternoon, the Bountiful Police Department released the body camera footage from the first officer arriving at the school. The video shows the officer running through empty school hallways before finding someone holding the boy against a wall, with the teen’s arms pinned behind his back.

CBS affiliate KUTV reports the person holding the boy is his father, with his mother nearby. The woman is seen apparently placing a shotgun and a handgun on the ground. As the officer cuffs the boy, the father can be seen pulling a package of ammunition out of the boy’s bag.

The video does not show the voice or face of the teen or faces of the boy’s parents. Police said they redacted parts of the footage to protect the boy’s identity because he is a minor.

The footage shows the officer handcuffing the teen and asking if anyone else is involved. It’s not clear if or how the teen answered.

The boy appeared by video during a detention hearing Thursday in which Davis County Deputy Attorney Ryan Perkins said prosecutors want to try the teen as an adult.

The teenager seemed stoic during the brief hearing. The Associated Press is not naming him because of his age.

The boy is charged with two counts of felony theft of a firearm; one count of felony discharge of a firearm; and two counts of misdemeanor possession of a short-barreled shotgun on school premises. A brief narrative of the events that accompanies the charges offered no new information about the incident.

The boy’s attorney, Lindsay Jarvis, told Juvenile Judge Mark Andrus that she plans to request a psychological evaluation of the boy.

The teen has no previous history with the juvenile court system, court officials said.

After he fired one shot into the ceiling, leaving a hole the size of a small plate, the boy didn’t say a word as a teacher and one of 26 students tried to talk him out of firing again, said police, relying on interviews with other kids in the class. That pause gave the boy’s parents a few extra seconds to arrive at the classroom and take him into the hallway.

Bountiful Police Chief Tom Ross applauded the parents for recognizing something was off with their son and taking action, though he declined to provide specifics on what the parents noticed.

Prosecutors declined comment about whether the parents could face charges in the incident.

The boy is scheduled to be back in court on Dec. 22.