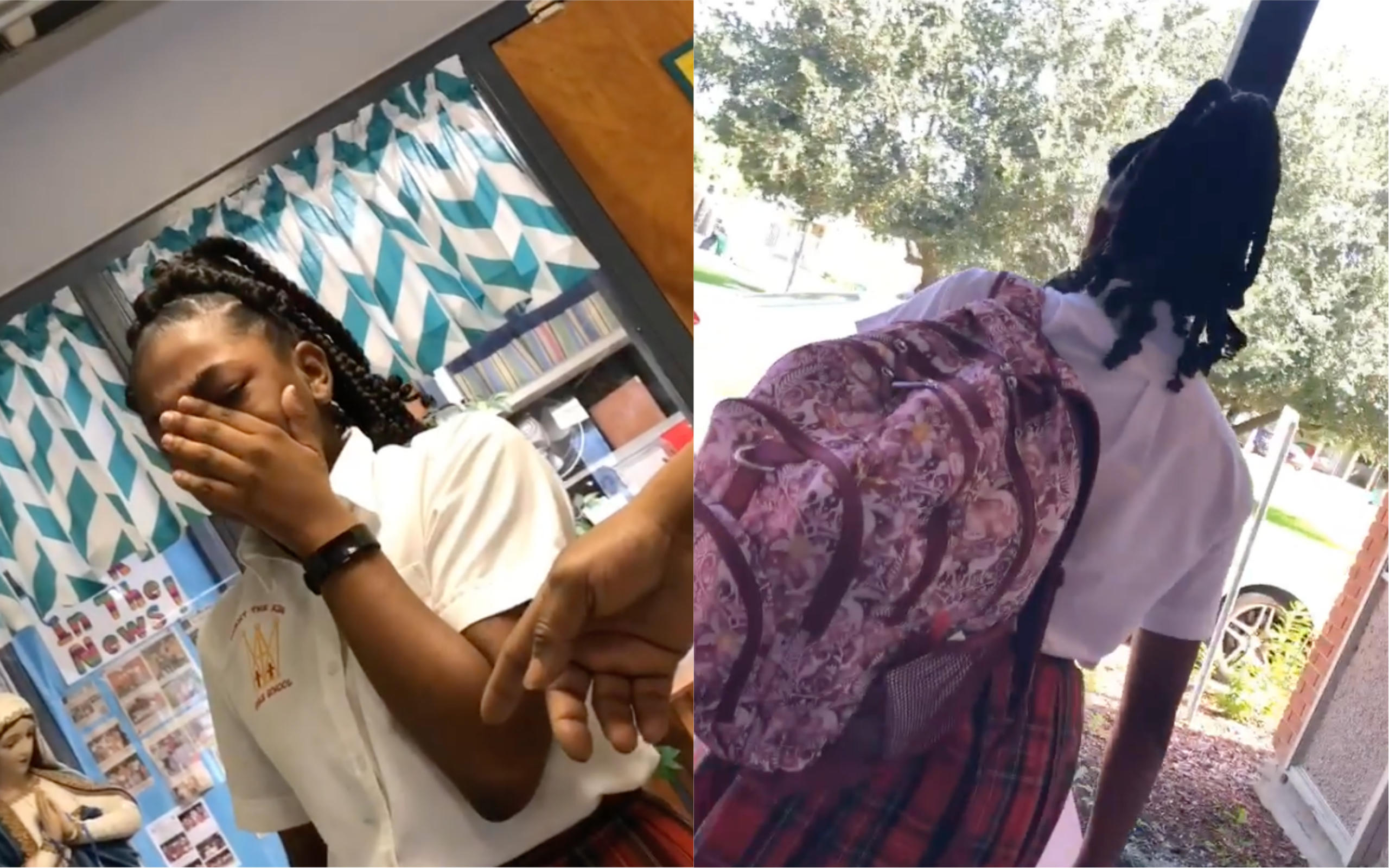 A girl from Jefferson Parish, Louisiana, says she was forced to leave school on Monday because of her braided hair extensions. Steven Evergreen Fennidy wrote in a viral Facebook post that his little sister, Faith, cried when she was sent home for her hair style.

Fennidy took video of his sister sobbing at school, while family members are heard speaking to teachers about the policy. The older brother calls the school's policy on hair a "barrier to entry for black people," and he accused the school of "sneakily" adding the rule to its handbook this year.

Christ the King Elementary School said parents were notified about the policy change during the summer and on the first day of school, CBS affiliate WWL-TV reports.

"Archdiocese of New Orleans schools develop policies appropriate for their respective schools. Christ the King Elementary School has a policy that states: 'Boys and Girls: Only the students' natural hair is permitted.' This policy was communicated to all parents during the summer and again before the first day of school, and was applied to all students. Furthermore, the school leadership worked with families as needed to ensure compliance," Archdiocese of New Orleans Superintendent RaeNell Houston said in a statement, WWL-TV reports.

"As relates to the student in question, the school offered the student's family an opportunity to comply with the uniform and dress policy and the family chose to withdraw the student; the student was not suspended or expelled," the statement continued. "We remain committed to being a welcoming school community that celebrates our unity and diversity."

Faith's family members spoke to WWL-TV and said they were not notified about the change. The girl's family added that she attended a parent-teacher meet-and-greet before classes started and administrators did not tell her that her hair was against school policy.

On Monday, Faith's family said they planned to meet with an attorney and file a discrimination lawsuit against the school.

Fennidy's video of his little sister leaving school received two million views on Facebook. "This is an issue we tried to resolve with the school, but they won't compromise at all. My sister Faith and many little black girls wear extensions," Fennidy wrote. "Extensions make the hair easier to maintain ... How do you make a policy without even having a discussion. It's because you don't care and it's just one more barrier to entry for black people. This decision is going to affect black children more than white children."

Rapper T.I. shared the video on his own social media account on Monday and called school "deplorable." The video received over half a million views on his Instagram.