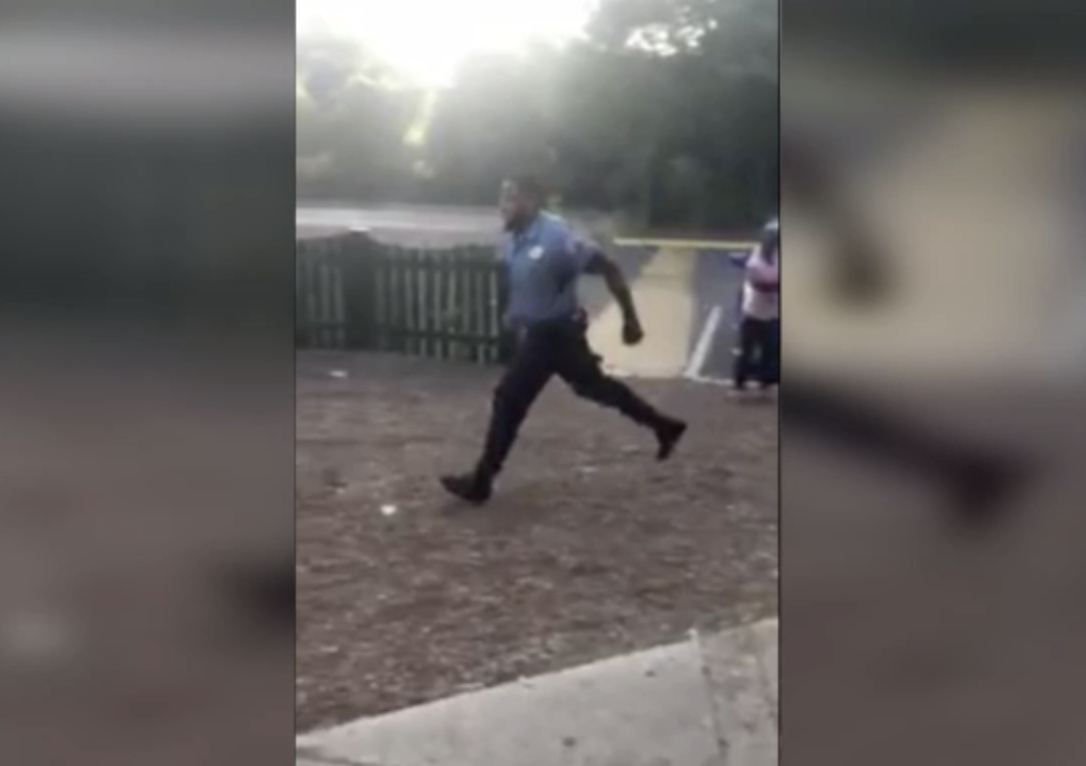 Washington, D.C., Metropolitan Police Officer Arthur Brown Jr. was flipping out with a group of kids on Saturday -- but in a good way. Brown and a group of neighborhood kids turned a playground into a mini gymnasium, showing off their gymnastics skills.

First, a young boy impressed the group with his roundoff into a backflip, but Brown gave him a run for his money. A video Brown posted to Facebook shows him warming up, focusing on his target, then running into a cartwheel and twisting into a backflip, all while wearing his full uniform. He's used to sticking to the law -- this time he stuck the landing.

Brown is often seen talking to kids in the neighborhood and riding bikes with them. He says it's a way to bridge the gap between the community and the police.

"I'm a regular patrol officer fulfilling my duties as a law enforcement officer. I just make sure I always remember that the community is bigger than my job," Brown told CBS News.

As for the outstanding backflip, Brown wrote on Facebook that he was just "pulling off some old school me." Even cops were kids once, and this one is unleashing his inner child to bond with his community.