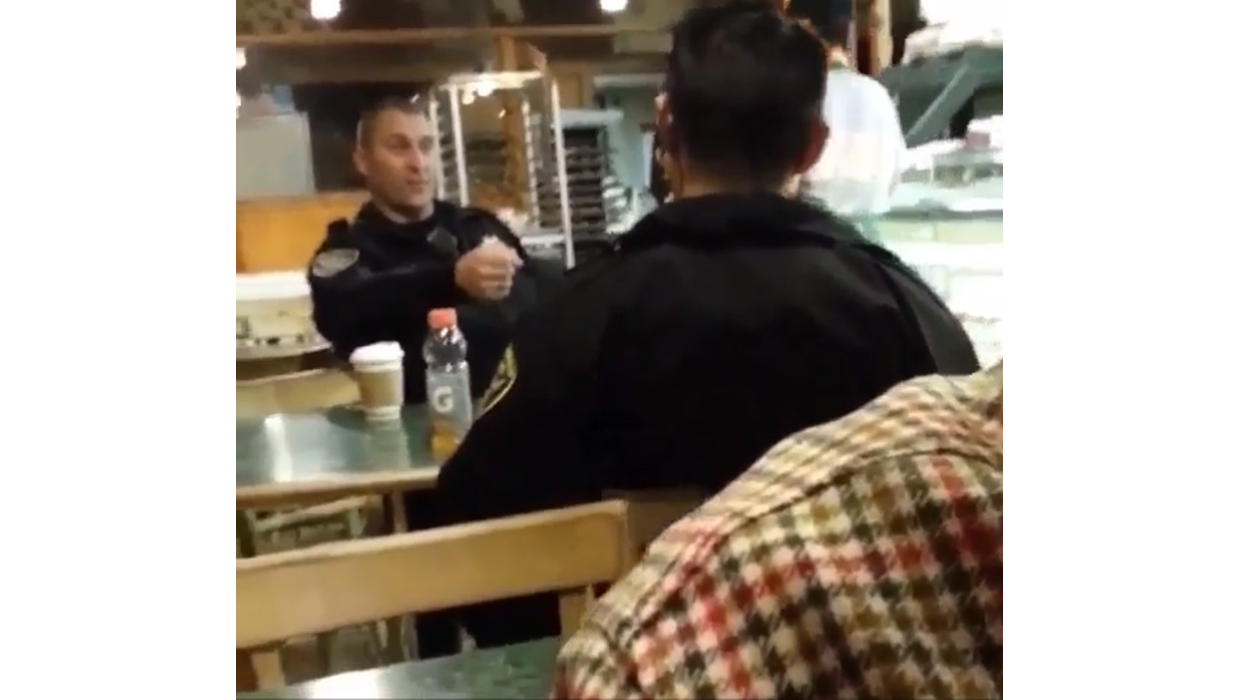 SAN FRANCISCO -- The San Francisco Police Department is conducting an investigation into two short videos that show officers apparently talking about how to properly shoot a suspect while wearing a body camera, reports CBS San Francisco.

In the videos, which were posted to the social media site Instagram, the officers seem to be discussing how a potential shooting can look either good or bad for an officer. One officer indicates that video of shootings should show suspects pointing a gun, but not suspects with their hands up.

"What you want on video is the guy holding the gun," one officer said as he used his hand to mimick the raising of a gun, then shook his head and chest back and forth as if being shot.

In the second video, the same officer demonstrates what he would not want have saved on video, by putting his hands in the air and apparently motioning several gunshots.

The officer he was talking to then said, "All the red splatter," and apparently mimicked a gunshot to the head.

The first officer replied, "Cherry pie all over the wall."

The videos come as cities across the country, including San Francisco, have begun to rollout police body cameras.

San Francisco Deputy Public Defender Rebecca Young, a member of a working group developing the city's body camera policies, told the San Francisco Chronicle that she believes a lot of officers have "anxiety" about the planned use of cameras, and these two were "blowing off steam."

"What I'm hearing is a little bit of an expression of anxiety -- 'I don't want to get caught on camera doing the wrong thing,'" she said.