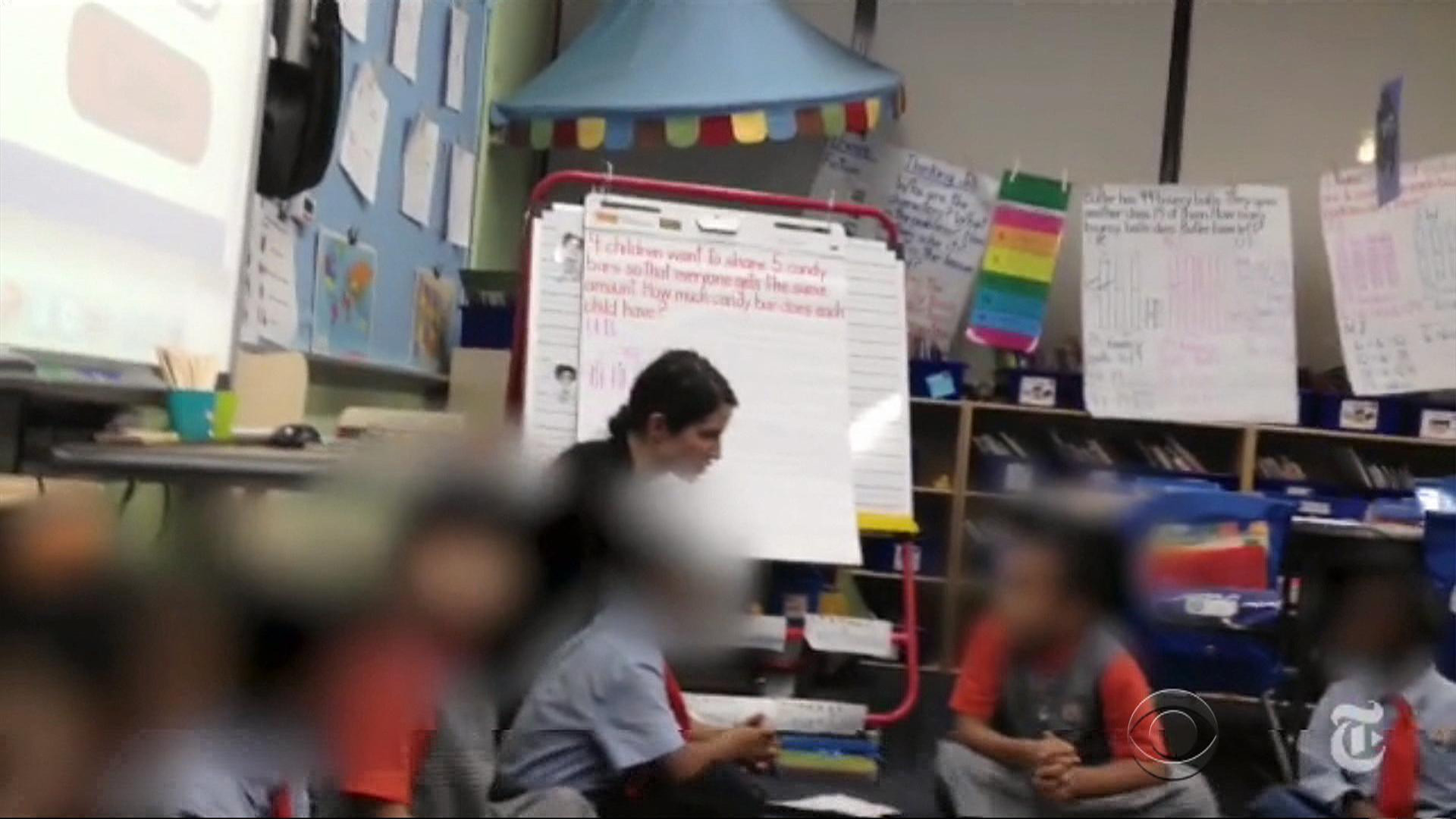 NEW YORK -- Some disturbing video of a teacher at a New York City charter school is raising questions about the harsh treatment of some of its youngest students. But the school says the video does not tell the whole story.

"So count it again, making sure you're counting correctly," Dial says.

"Go to the calm-down chair and sit!" she tells a first grade student after angrily tearing up the child's work.

"There's nothing that infuriates me more than when you don't do what's on your paper," she says. "Very upset and very disappointed!"

The video was taken by an assistant teacher in 2014 and published by the New York Times on Friday.

It raises new concerns about the demands on students at the 34 Success Academy schools in New York City. The charters have been among the highest-performing on New York state tests seven years in a row.

"I think this video is 100 percent a reflection of the culture at that school," former Success Academy teacher Ayanna Legros told CBS News. She said some teachers would rip up work if it wasn't good enough.

"The purpose of 'rip and redo,' in my opinion, was to cause the students to feel a level of embarrassment and not necessarily make that same mistake," Legros said.

Charlotte Dial did not comment at a press conference, but CEO Eva Moskowitz said this was an isolated incident.

"I am not going to throw Charlotte Dial under the bus," Moskowitz said at a news conference.

"To smear all teachers and to represent this as the ethos of Success Academies, that is unfair and it is wrong," she told CBS News.

Last month, a group of parents filed a federal complaint against the schools. They said Success Academy repeatedly suspended special needs students in an attempt to push them out.

But despite the complaint and the video, many parents continue to support the teachers.

"I've never witnessed anything like that video before and I do believe that it's a one-time incident," parent Natasha Shannon told CBS News.

Success Academy said Dial was suspended for a week and completed a week of retraining. She is now back in the classroom.