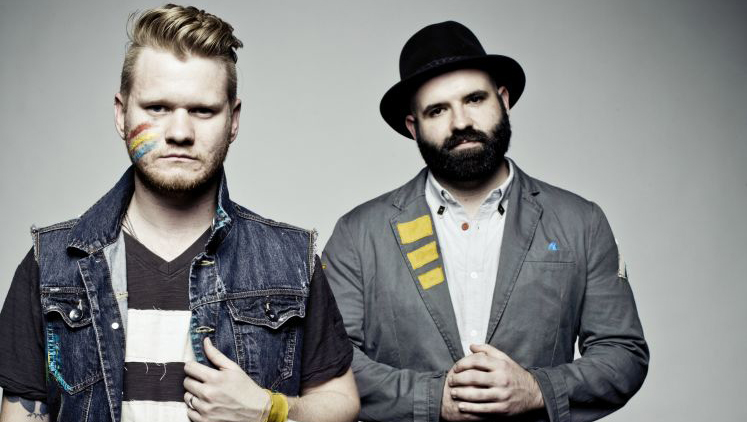 When you call your band Neulore, you know you're going to get asked about the origin of the name.

In this case, the band name actually makes quite a bit of sense. Neulore is a combination of the German prefix "neu," meaning "new," linked with the second half of "folklore."

The modern-folk duo formed in Nashville, Tenn., in 2008 when Adam Agin and William T. Cook, inspired by Americana and country music, joined forces. Soon they released the EP, "Apples & Eve," in 2010 and had their song "Shadow of a Man" featured in "Grey's Anatomy."

Now they're readying their full-length debut, "Animal Evolve," due out Sept. 23. With tribal drums and electric guitars, these guys put a spin on the notion of "folk."

Neulore recently recorded a stripped-down version of the song "Don't Shy From the Light" and filmed a live acoustic video, which is making its exclusive premiere today on CBSNews.com.

"Our goal for this video was to find a location that had a history of reverence and solemnity that supported the essence of the song," Cook said. "What better place than the courtyard outside a historic chapel, where countless people have celebrated, mourned, and searched for answers to life's hardest questions? The cavernous reverb combined with violin was enough to make us want to stay all day, but since we weren't allowed to be there, we shot one take and fled the scene.

"We shot this video at a historical location in Nashville without permission. So we did one take and hit the road before we got caught," Agin added. "This is what we got."

Neulore kicks off a tour on Sunday. See dates here. And check out the live acoustic video below: