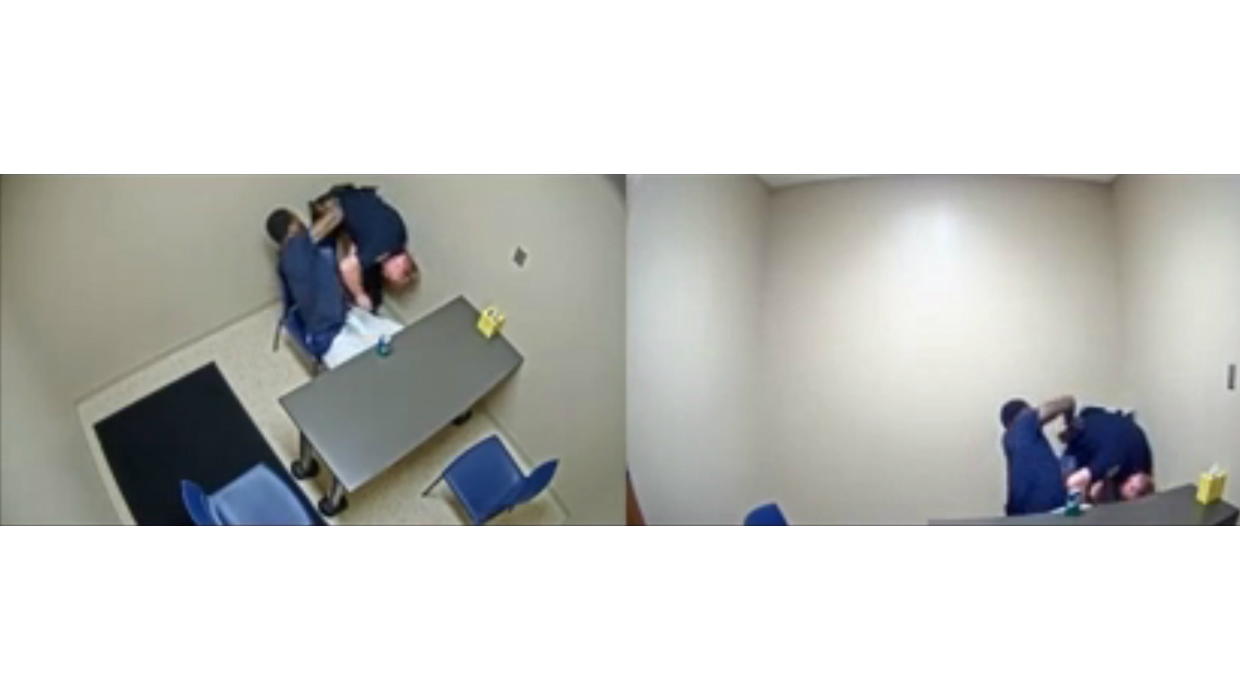 CINCINNATI, Ohio -- An accused murderer yelled that he wanted to be killed as he went for a police officer's gun in a Cincinnati interrogation room, reports CBS affiliate WKRC.

Video released by the Cincinnati Police Department shows Thomas Robinson reach for an officer's gun soon after Robinson learned he was going to be charged with murder, according to WKRC. One of Robinson's arms was handcuffed to a chair as he first glanced toward the officer's gun, before reaching toward it.

As Robinson and two officers struggled, he can be heard repeatedly yelling, "Kill Me, kill me."

An officer used a stun gun on Robinson before he was subdued.

Robinson, 23, was arrested on June 21 for the murder of 17-year-old Reno Armstrong, found shot to death five days earlier.

In addition to the murder charge, Robinson is now also charged with aggravated robbery of a police officer's gun.