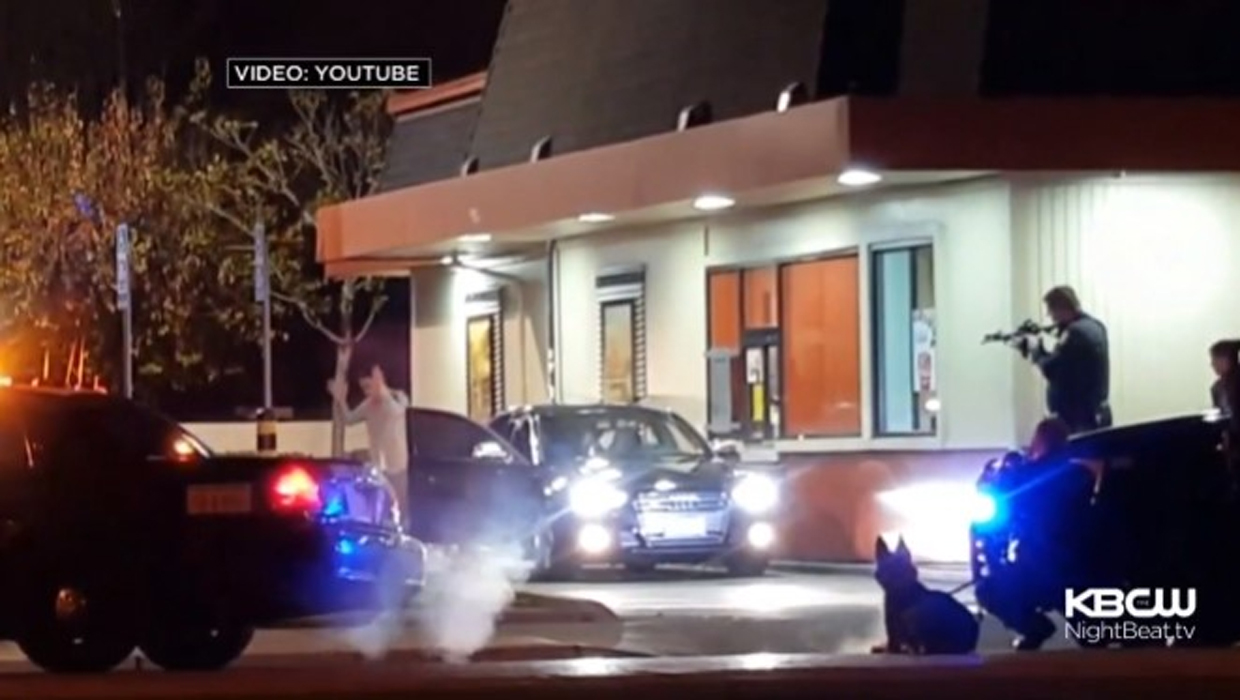 SANTA CLARA, Calif. -- Video has surfaced of an off-duty deputy's arrest at a northern California fast food restaurant where he allegedly pointed a gun at employees over a long wait for his food, reports CBS San Francisco.

Santa Clara County sheriff's deputy Benjamin Lee was arrested on misdemeanor charges of driving under the influence and brandishing a firearm following the incident last January, the station reports. Lee was reportedly off-duty Jan. 10 when he pulled up to a drive-thru window at a Santa Clara Jack in the Box after a night of drinking with his friends. Witnesses said he became angry over the long wait in line and pulled a gun on a clerk and a manager.

Police responded to a 911 call from workers at the restaurant reporting a man with a gun. There, they reportedly engaged in a standoff with Lee still inside his car at the drive-thru window. Video posted July 22 to YouTube, taken by a bystander, captures the standoff and shows Lee eventually leaving the car with his arms raised.

Santa Clara police told the station they didn't know Lee was a deputy when they responded to the restaurant. The Santa Clara County Sheriff's Department reportedly placed Lee on administrative leave after his arrest and is conducting an internal investigation.

Lee is due in court this week.