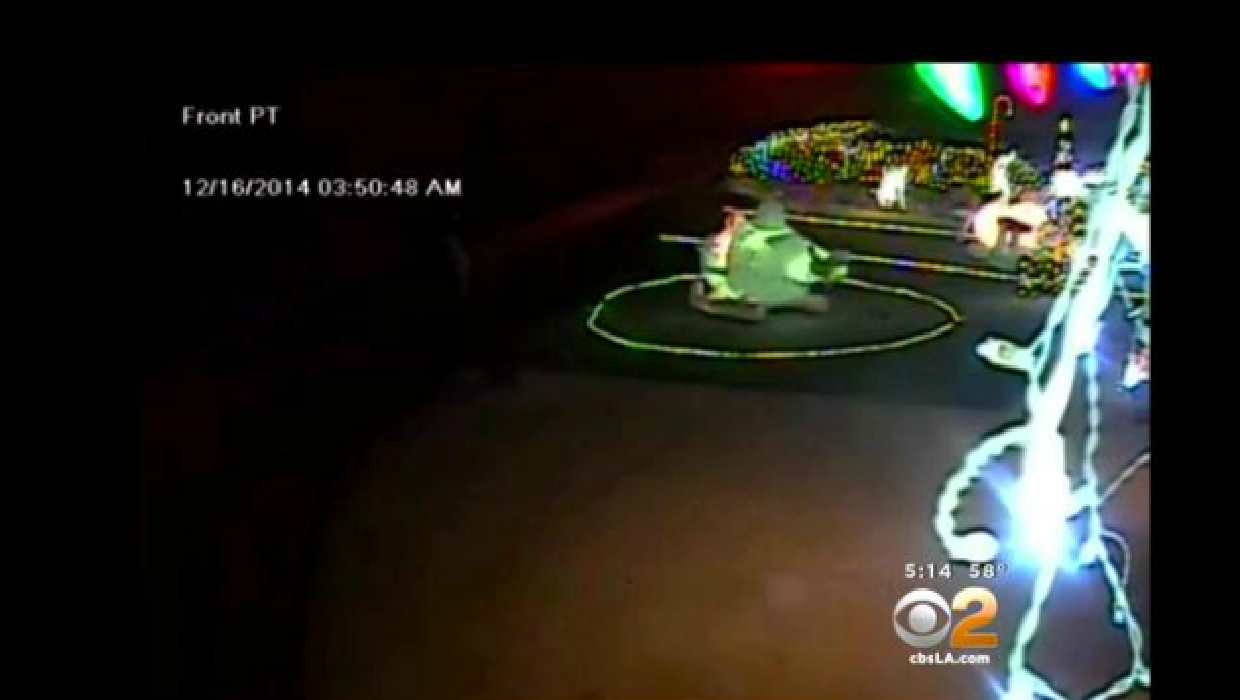 CORONA, Calif. - An alleged thief was captured on home surveillance video stealing an inflatable Santa from the front lawn of a home in Corona, Calif., reports CBS Los Angeles.

"I got in my car [and] pulled it out of the garage. I looked over and then it was gone. I was like, 'What the heck,'" Truong told the station.

Truong, his wife, and their 9-month-old baby were asleep when the theft took place.

"It's Christmas. You shouldn't be stealing stuff. It's time for giving...not taking," Truong said.

Although surprising to see a Christmas decoration targeted, neighbors say thieves may have hit this area in the past.

"I had some packages delivered and they said that they were delivered but then they were never on my front porch," Nicole McBride, a neighbor, told the station. "I just think it's ridiculous. I guess it's a sign of the times. People are desperate."