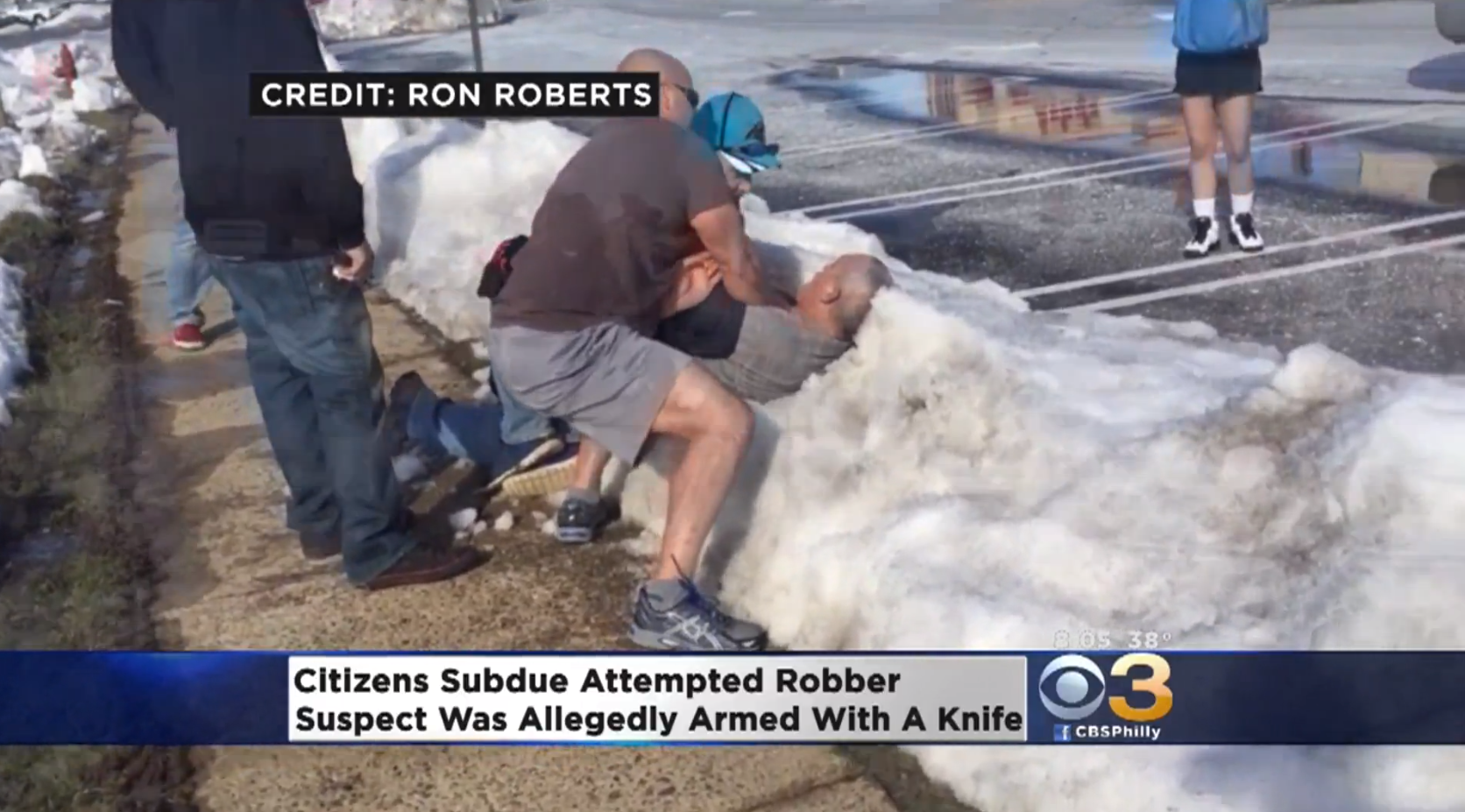 FAIRLESS HILLS, Pa. -- A group of Good Samaritans took justice into their own hands when they chased down and subdued an alleged armed robber, reports CBS Philly.

On Saturday, police say a man armed with a knife attempted to steal a woman's purse outside a Bucks County credit union. Authorities say the woman screamed and fought her attacker off.

Police say that when the suspect ran off, three witnesses gave chase and tackled him into a pile of snow. They managed to hold him down until officers arrived to make an arrest, according to the station.

A bystander caught part of the incident on cellphone video.

The woman was not seriously injured, according to CBS Philly.