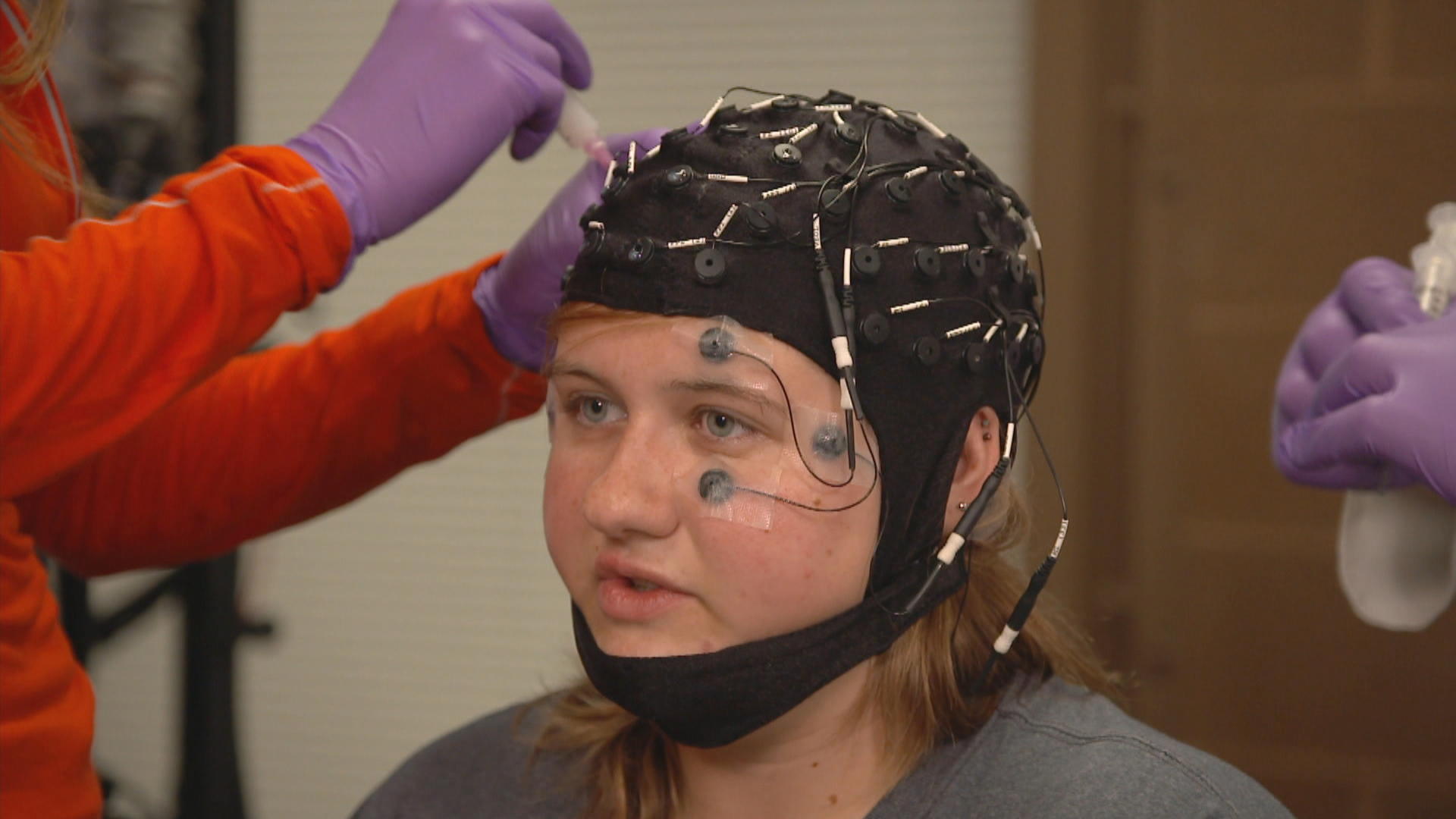 Colleges nationwide are spending millions of dollars developing esports programs and teams which students say help them pursue careers in coding and video game design. But as universities embrace this new generation of esport athletes, some worry too many students are choosing gaming over academics and research is in its infancy about how these games affect everyone from the elite to the casual gamer.

Twenty-six-year-old James Eubanks dropped out of college to pursue gaming professionally. He practices at least six hours per day.

"We work like a 5 to 2 a.m. And that just has to do with us growing up and always just being gamers staying up all night," Eubanks said.

Esports have exploded in popularity on college campuses across the nation, raising long-term physical and mental health concerns. To learn more about the impact, researchers at Ohio State University are wiring esport athletes up, performing EEGs and stress tests to find out what happens during gaming.

"As we expected, we see some of their stress levels go up a little higher. We see their heart rates get up a little bit higher," said James Onate, co-director of Sports Medicine Movement Analysis at Ohio State. "The brain standpoint, we don't know what's going on….we just have a snapshot. We see that they have some higher cognitive capabilities than what we call general population…their ability to sustain attention and dual-task is a little bit higher."

They're hoping their findings can help improve computerized technology used for injury rehabilitation and stroke recovery. While some elite gamers may be able to handle long hours of practice, some in the medical community say extensive gaming can cause negative repercussions.

"Compared to five years ago, the number of students I'm seeing this year from college has more than doubled in that time," said psychologist Dr. Michael Fraser.

Fraser says high school students who suffer from anxiety, depression, learning disorders – or have a hard time turning the game off – are most at risk in college.

"If you're noticing that they're having those kinds of difficulties in high school and they have any of those conditions…then I would say you have someone who is really at risk for struggling when they go away," Fraser said.

Twenty-six-year old Adam Brooker failed out his freshman year after his gaming spiraled out of control.

His mother Melanie Hempe wasn't concerned because he excelled academically in high school.

"I thought college was gonna cure him from his hobby or his addiction, but it didn't cure him. It made it worse," Hempe said.

Adam said he knew something was wrong. After failing out he enlisted in the Army. Five years later, and a tour of duty in Iraq behind him, he is back at North Carolina State University as a junior.

He's hoping more research like the study at Ohio State will help prevent those at risk from falling prey to video games.

"Because you're just the silent sufferer and you've overcome it, you've got this information. So why not share it with people and help other people," Adam said.

He believes he spent more than 7,000 hours playing video games during his time in high school and college, but credits the army for putting his life back on track.

Monkeypox declared an emergency in U.S.
Thanks for reading CBS NEWS.
Create your free account or log in
for more features.
View CBS News In
CBS News App Open
Chrome Safari Continue
Be the first to know
Get browser notifications for breaking news, live events, and exclusive reporting.