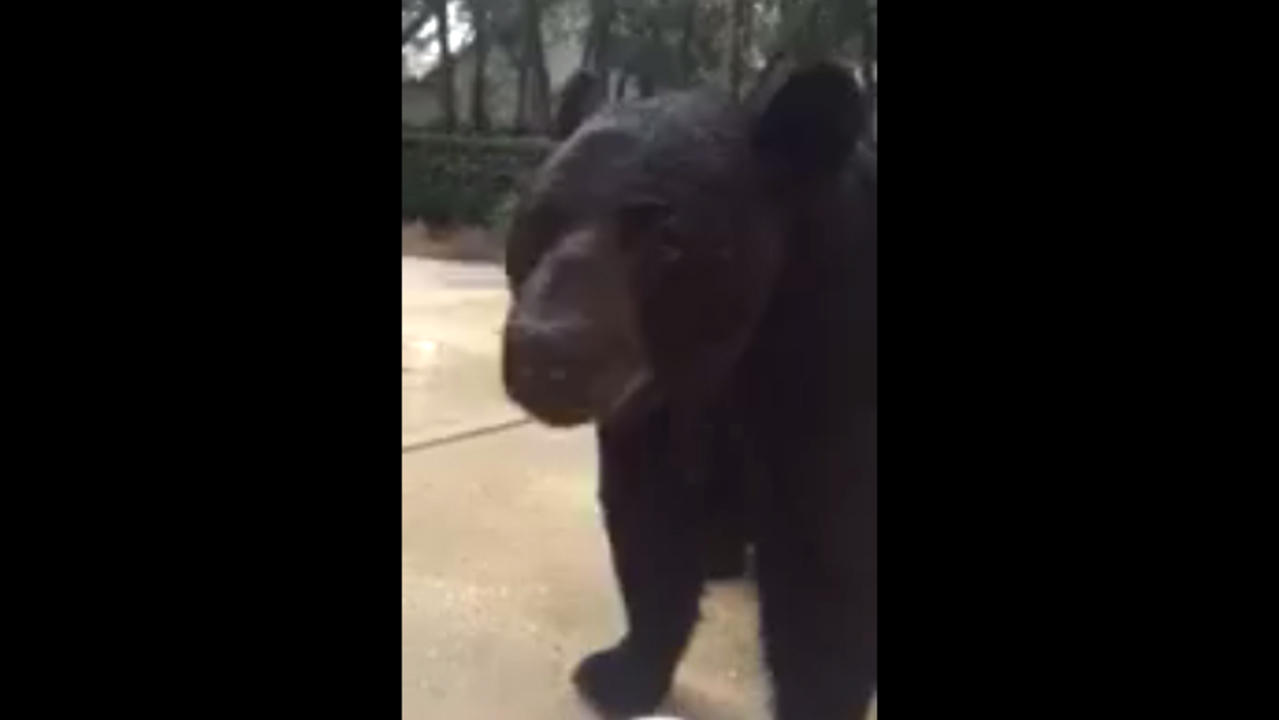 LONGWOOD, Fla. -- The Florida Fish and Wildlife Conservation Commission is trying to trap a bear that was spotted in a wooded area north of Orlando, CBS affiliate WKMG-TV reports.

Video released by the commission on Tuesday shows a black bear walking up to a woman sitting in her driveway in Longwood, with his snout up close to her iPhone.

The commission said it wants the video to serve as a warning about close encounters, saying it highlights a major concern with animals.

The commission said once the bear is trapped, officials will “assess and take the most appropriate action to ensure public safety.”

The video showed the second bear sighting in the area this week.