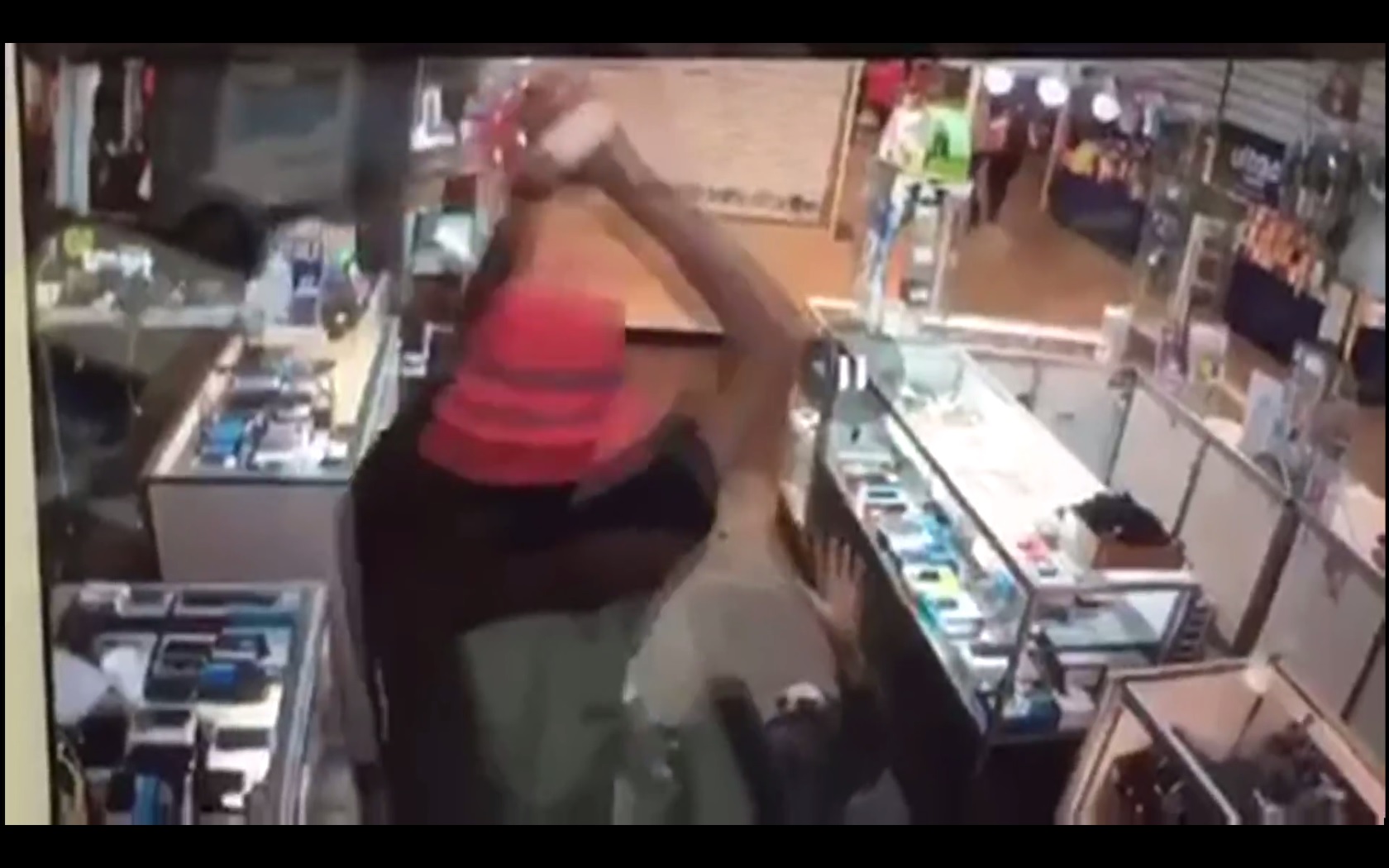 Jovaughn Walker, 22, has been charged with attempted murder and aggravated battery in connection with the incidents at a Shell gas station and Swap Shop in Lauderhill.

In the first attack, surveillance video shows a man police say is Walker, enter the gas station, leave and come back. He heads straight for an elderly couple, pulling a metal pole from his pocket and hitting the man in the face.

The victim's wife can be seen shoving the attacker away. The suspect then fled in an allegedly stolen Ford Explorer, arriving soon after at the Swap Shop where the second attack occurred.

In video from that attack, the suspect can be seen using a samurai sword taken from a store display. Video shows the suspect slashing at and striking an employee.

The victim falls to the ground and tries to kick his attacker away. Finally, the man runs off as the victims hurls something at him.

Lauderhill police said witnesses grabbed the suspect and held him until law enforcement arrived. It's still not known why the attacks were carried out.

Both victims needed medical treatment - stitches for the elderly man and hand surgery for the shop employee.