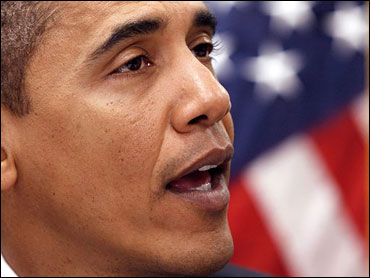 Barack and Michelle Obama are known for nights out on the town in Chicago, dining at some of its poshest restaurants with the smartest chefs. But who knew the president-elect was a food critic?

"I ordered the Southern Sampler just because I couldn't make up my mind," Obama says during the panel discussion, taped in August 2001 when he was in the Illinois Senate.

"I wasn't sure what I was in the mood for," he says. "It's not gourmet cuisine, but that's not why I go to Dixie Kitchen. What I'm looking for is food that tastes good for a good price."

David Manilow, creator and executive producer of "Check Please!," said Tuesday the program was one of the first episodes taped and it never aired. He said he chose Obama because of his comfort in front of television cameras.

Manilow said he's never forgotten about the episode, but decided to wait to air the entire show on Chicago's WTTW until the Friday before Obama's inauguration, Jan. 16 at 8 p.m. He plans to release a third clip on Wednesday as a teaser.

"He's the kind of guy who can go to a pizza place or the fanciest place in town and be comfortable," Manilow said. "What you get to see from him is that seven years ago he was the same person."

Ever the politician, Obama gave a shout-out to his state Senate district during the show.

"You can do some good business out on the South Side of Chicago," Obama said. "We're glad to have you, since it's my legislative district. I want to see our small business owners succeeding out there."

Dixie Kitchen owner Carol Andresen said she's served the Obamas for years, describing them as gracious and unassuming guests. She likes what Obama had to say about her restaurant.

"It's true," she said. "He said this is not gourmet food and it's not. We are one of the few restaurants left today that makes almost everything from scratch."

Andresen also said she's delighted with all the attention.

"We've always been very successful so this will probably make us more successful," she said.

"Check Please!" has aired in Chicago for eight seasons and has thousands of people vie to be reviewers, Manilow said.

But what if Obama wanted to come back?

"There's an open seat at the table for him anytime," Manilow said.