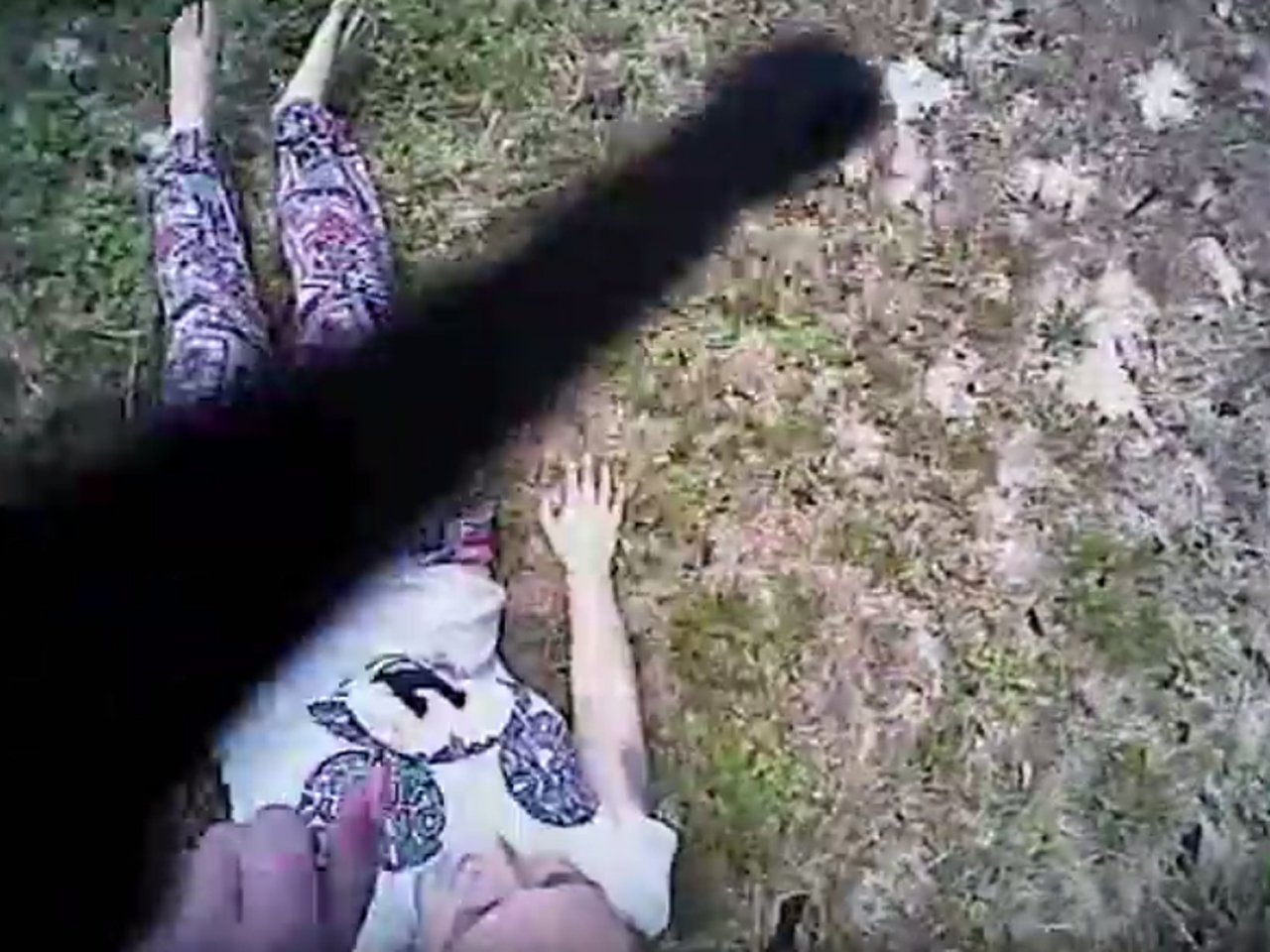 The woman told Volusia County sheriff's deputies she was in the process of separating from her husband when he showed up at their house in Deltona and began "acting crazy" Sunday.

According to the Sheriff's Office, the woman asked him to leave but he kept breaking into her bedroom.

Deputies said there were 3 children in the home between 23 months and 7 years old.

The woman called 911, and the Sheriff's Office said the dispatcher heard a scream. Then the line went dead.

Responding deputies -- among them, Deputy Justin Ferrari, who had a body camera on his uniform -- heard gunshots. Investigators say they also heard a man shout, "You're going to die tonight."

Investigators said someone inside the home then fired shots at the deputies, twice. Two deputies returned fire.

Ferrari rushed up to the house and found an injured woman who had crawled out of the home with a gunshot wound to the back of her leg. He dragged her to safety.

While checking around the house, he whisked the three young children to a neighbor's home. They were crying hysterically as they rushed into his arms.

Deputies say the woman's husband came out of the house and surrendered. He's been identified as 26-year-old Emmanuel Rosado. Deputies say he shot his wife with a 9mm handgun.

The woman was airlifted to Central Florida Regional Hospital in Sanford for treatment.

Rosado faces three counts of attempted first-degree murder for the shooting of his wife and for shooting at two deputies outside his home. He's being held without bond at the Volusia County Jail in Daytona Beach.

The Sheriff's Office released a statement lauding the deputies involved. "When we say law enforcement officers run toward danger as others run away, this is what we're talking about. The deputies who responded to this shooting incident yesterday afternoon in Deltona didn't hesitate; their instincts and training kicked in," the statement said in part.