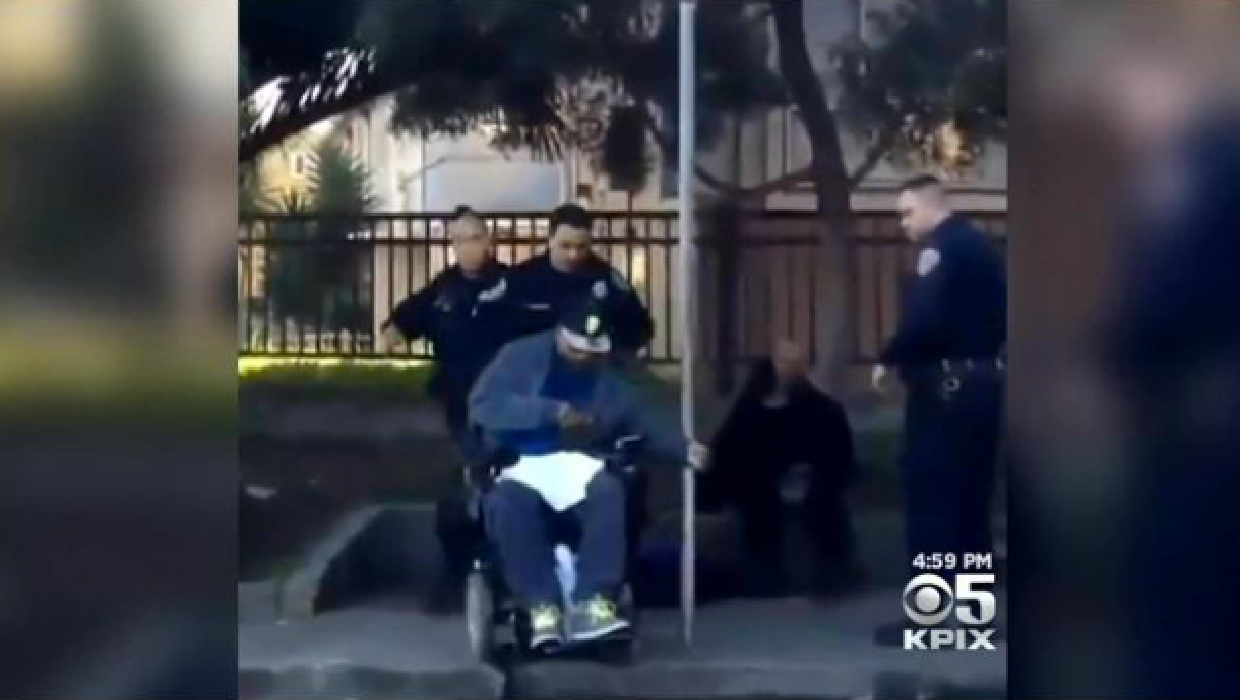 The incident happened Sunday around 4 p.m. in the city's Visitacion Valley neighborhood as other officers looked on, according to the station.

The man in the wheelchair had reportedly just confronted police officers at a street corner as they were detaining a relative of his and another man. An officer then began attempting to shove the wheelchair-bound man, DeVaughn Frierson, off the curb, reports the station.

In the video, which was uploaded to Facebook, Frierson doesn't fall out of his chair only because he appears to be strapped in. Moments later, another man, Edwardo Delacruz, is seen running up to Frierson to prevent the officer from continuing his actions.

"This incident is being investigated by the SFPD Internal Affairs Division and the Office of Citizen Complaints," said San Francisco Police spokeswoman Officer Grace Gatpandan in a statement to CBS San Francisco. "Because this is an employee investigation, we cannot discuss the details of this case."

According to Gatpandan, prior to the incident, officers were patrolling the area when they noticed a couple people engaged in an argument.

The officers approached them and cited three people for possession of open containers of alcohol and one person for obstructing an officer, Gatpandan said, according to the station.