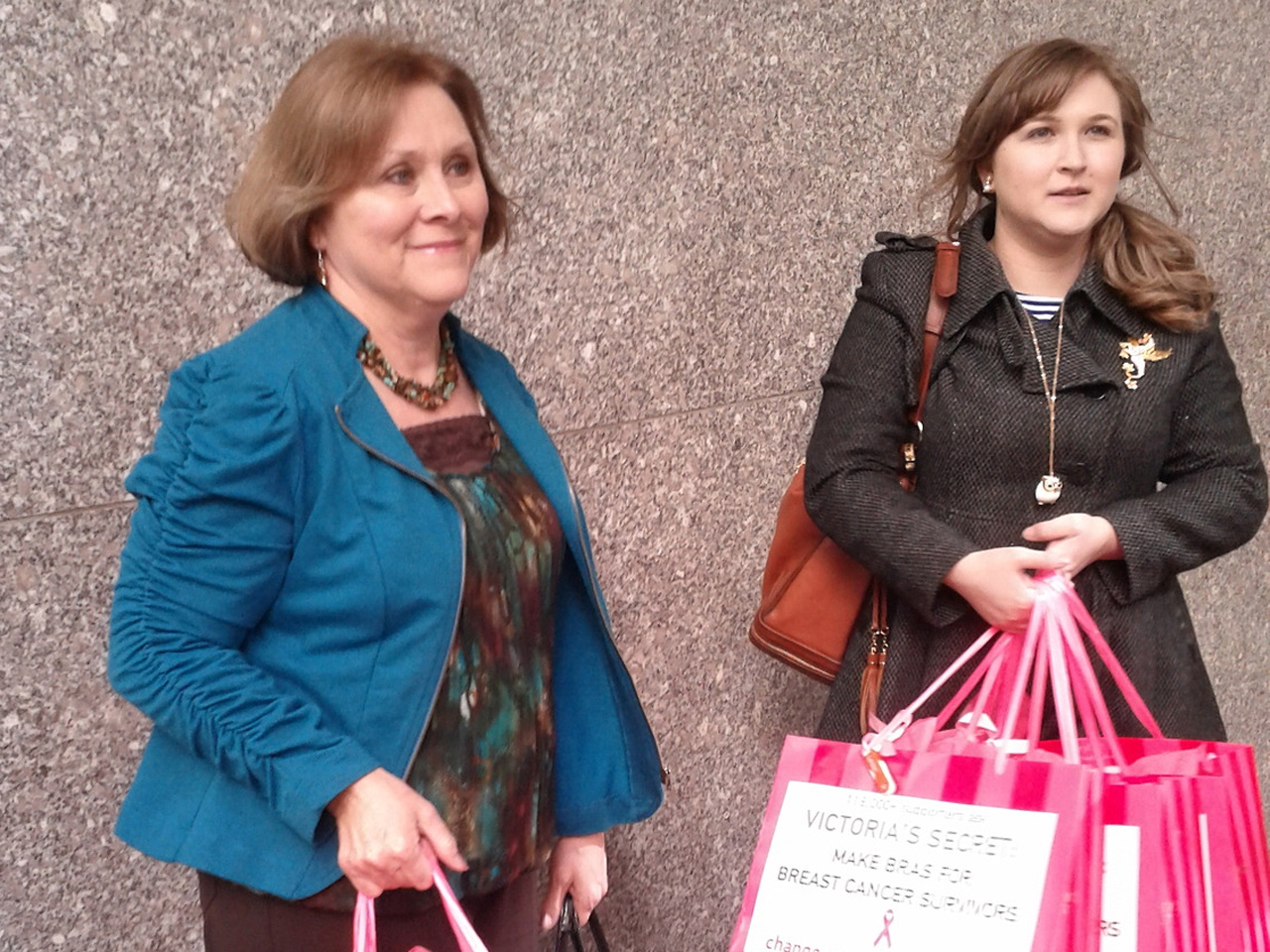 Despite immense public support, Victoria's Secret will not manufacture a mastectomy bra, the company said Monday.

"Through our research, we have learned that fitting and selling mastectomy bras in the right way...a way that is beneficial to women is complicated and truly a science. As a result, we believe that the best way for us to make an impact for our customers is to continue funding cancer research," Victoria's Secret said in a statement.

Allana Maiden had started a petition on Change.org earlier this year, urging the company to create bras for women who had a mastectomy. Maiden's mother Debbie Barriett underwent a mastectomy over two decades ago when she fought breast cancer.

"I got to thinking about how my mom has to drive an hour and a half to a specialty store just to buy a bra," the 27-year-old told CBSNews.com during a January interview. "There's really something we should do to make these bras more accessible to women."

The petition has received over 128,000 signatures. Maiden delivered many of the signatures to the Victoria's Secret headquarters in New York. She said she chose Victoria's Secret because it'sa brand that is easily accessible to many American women. The company met with the Maiden and her mother in January, and offered to fly them out to their Columbus, Ohio headquarters to discuss the potential products.

"Especially for the younger girls (with cancer)," Barriett said at the time. "I think it will just make them feel better to be able to wear the same kind of bras that other ladies wear."

An estimated 232,300 women will be diagnosed with breast cancer this year and over 40,000 people will die from the disease, according to the National Cancer Institute.

Actress Angelina Jolie recently put a spotlight on mastectomies when she announced she underwent a voluntary procedure to remove her breasts after she found out she was a carrier of the BRCA1 gene. She said doctors had calculated her risks of developing breast cancer at 87 percent and ovarian cancer at 50 percent. Jolie decided to have her breast tissue removed in order to lower breast cancer risk to about 5 percent.

Maiden said Monday that she was supportive of Victoria Secret's research efforts, but more needed to be done.

"Cancer research doesn't help survivors feel beautiful after the battle is over -- mastectomy bras do. This is a company that prides itself in innovation that helps women feel beautiful. I don't think cancer survivors like my mom should be the exception to the rule," she said in a statement through Change.org.

She added that Nordstrom, which does carry mastectomy bras, have figured out the 'science' of helping breast cancer survivors. However, with many more locations across the U.S., Victoria's Secret could have done more.

"I think that's worth investing in, and Victoria's Secret should, too," she stated.