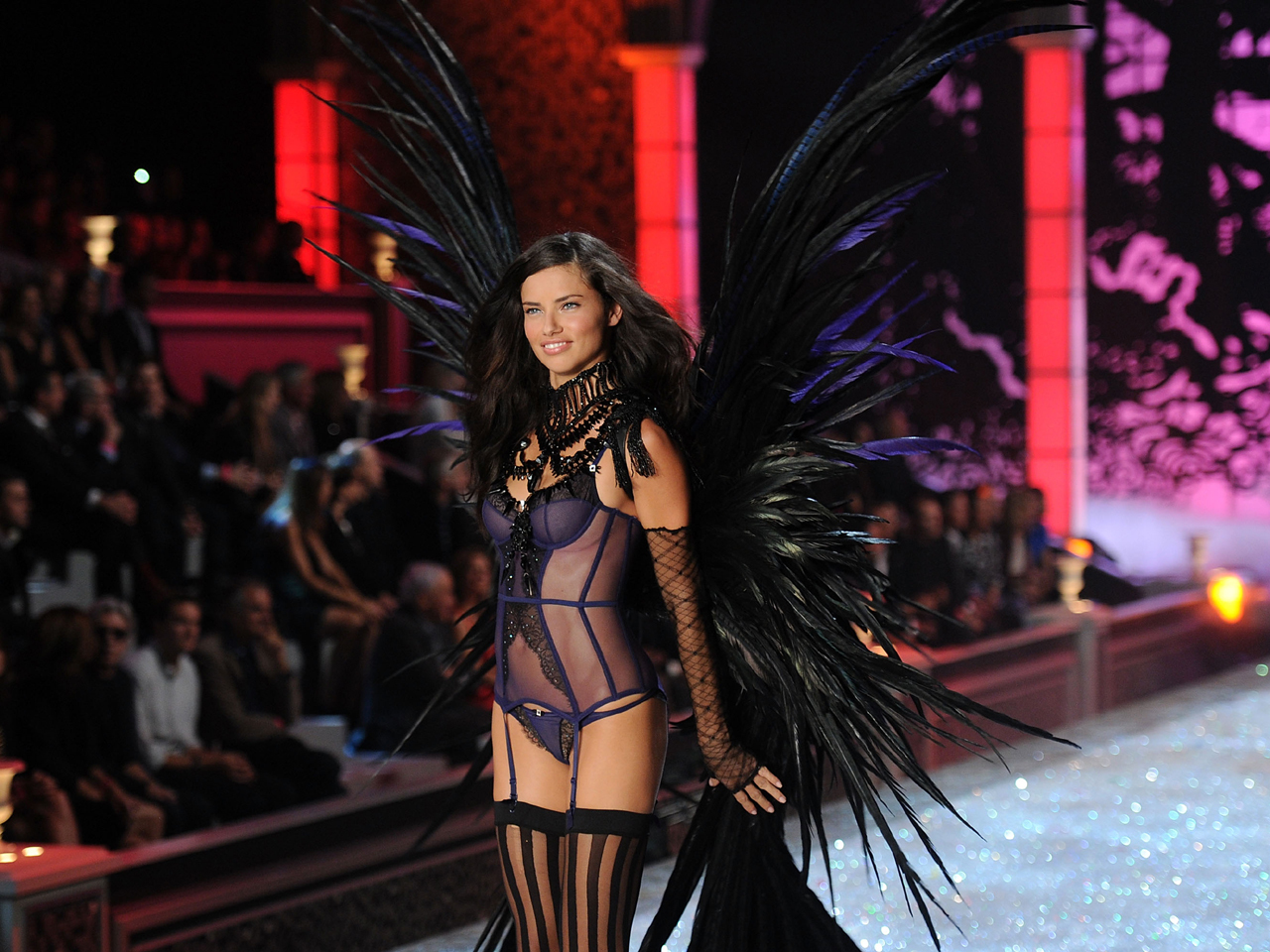 The show was taped earlier this month, but aired Tuesday night on CBS. The night's looks were divided into different themes - superheroes, ballet, passion, underwater, turn-of-the-century New Orleans and "Club Pink," a sparkly homage to the brand's loungewear line.

Pictures: Victoria's Secret Fashion Show 2011
Pictures: Celebrities at the show
Pictures: Behind the scenes and backstage

Miranda Kerr, who missed last year's show because she was pregnant, donned the Fantasy Treasure Bra, a diamond-and-gem-encrusted design worth $2.5 million. Her husband, actor Orlando Bloom, could be seen cheering from the front row when Kerr took to the catwalk. The couple, who married last year, welcomed son Flynn on Jan. 6.

Kanye West performed his hit "Stronger," and was joined by Jay-Z later in the evening for a performance from their album "Watch the Throne." Maroon 5 also performed "Moves Like Jagger," and frontman Adam Levine walked the catwalk with model girlfriend Anne Vyalitsyna. Nicki Minaj closed the show with "Super Bass."

The special also took viewers behind the scenes, showing the models getting ready and what happens backstage during the show.

Tell us: Did you watch the Victoria's Secret Fashion Show?