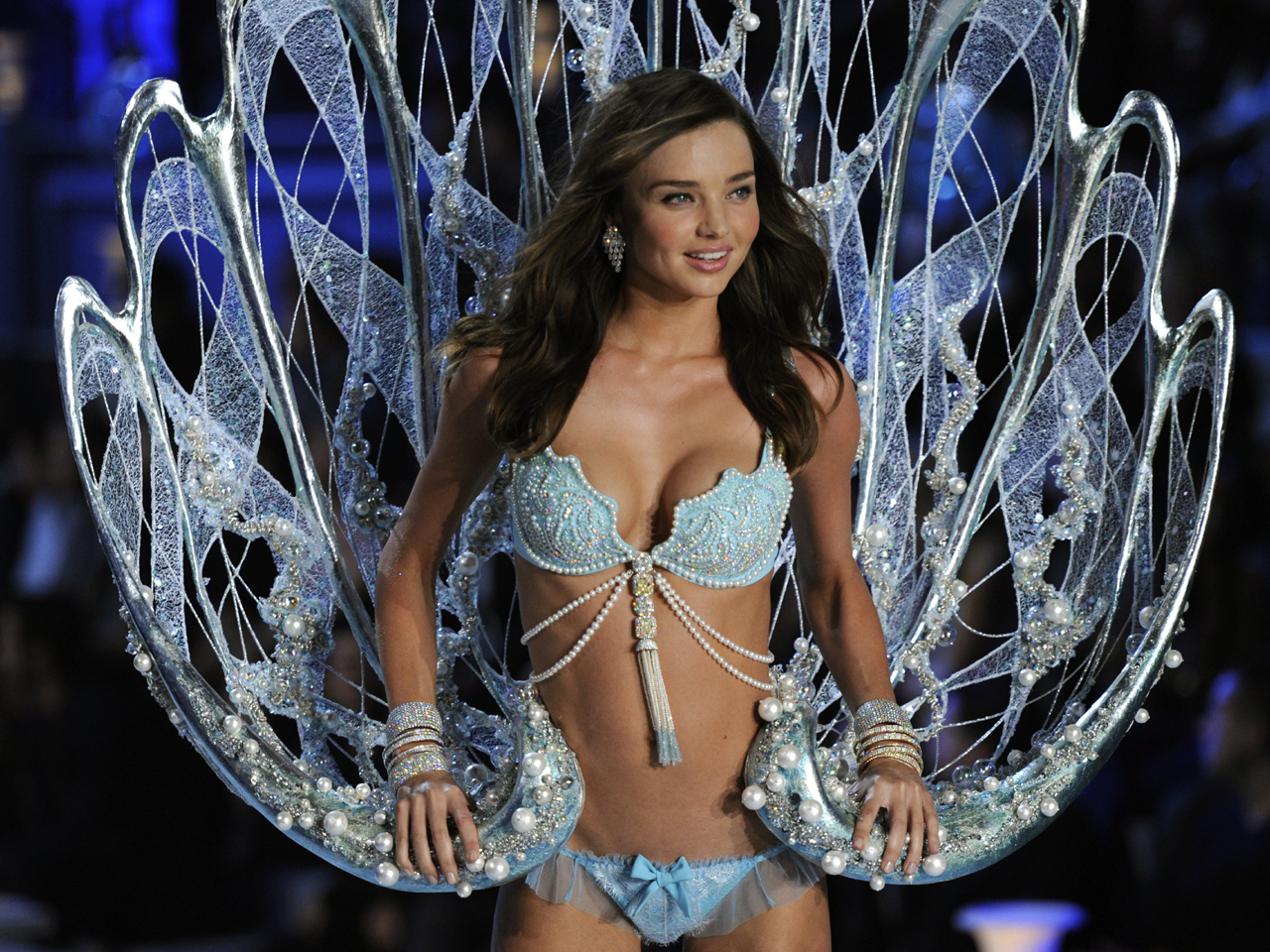 (CBS/AP) The Victoria's Secret supermodel Angels hit the catwalk Wednesday at the 2011 lingerie fashion show in New York. If you weren't able to get in, then you can catch all of the leggy models, over-the-top lingerie and music performances when the event, which taped last night, airs on Nov. 29 at 10 p.m. ET on CBS.

Among the highlights was Kanye West's performance of "Stronger," followed by a surprise appearance from Jay-Z. They did a track from their "Watch the Throne" album.

A lot of the backstage buzz before the event was about West, who was originally scheduled for the 2007 show but pulled out after his mother's death. Doutzen Kroes and Chanel Iman were among the top Victoria's Secret models, dubbed VS Angels, who posed with him in their micro-mini pink satin robes and told him they expected his set to be a highlight of the night.

The show also featured a song by Nicki Minaj, who was decked out in a bright orange bustier, cosmic-print skirt and leggings, and a frothy pink wig.

Maroon 5 frontman Adam Levine had a couple of reasons to be at the show: music and a special lady. While performing "Moves Like Jagger," Levine accompanied his supermodel girlfriend Anne Vyalitsyna down the runway and planted a kiss on her cheek.

And as always, there was a series of models sporting pricey lingerie. Supermodel Miranda Kerr donned an elaborate $2.5 million diamond-filled, peacock Fantasy Bra. Her husband, actor Orlando Bloom, watched from the audience.

Last year, the Victoria's Secret Fashion Show had the most viewers in its timeslot: about 9 million in the U.S., according to Nielsen. It airs in more than 90 countries.