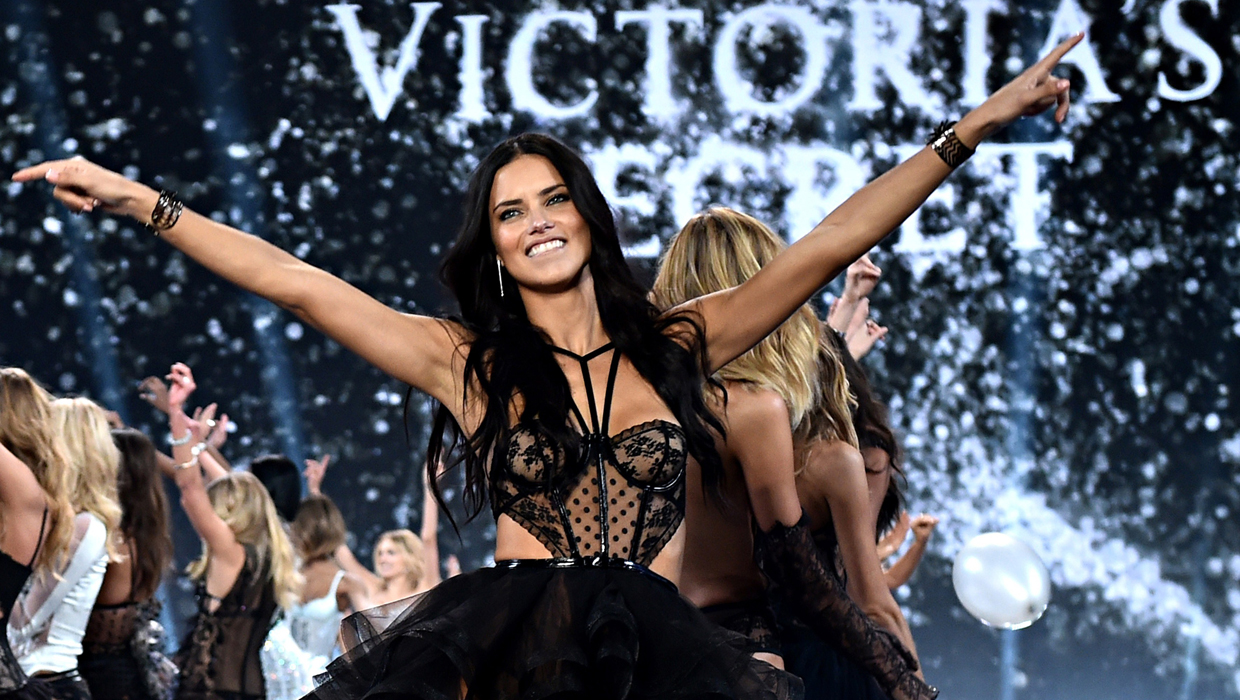 Hot models, cool performances and skimpy costumes galore. It can only mean one thing -- it's time to tune in for this year's Victoria's Secret Fashion Show.

The "Angels" will be spreading their wings when the lingerie brand's annual runway spectacle airs Tuesday at 10 p.m. ET on CBS.

The fashion show, taped earlier this month, took place in London for the first time in the show's history. Performances came courtesy of Taylor Swift, Ed Sheeran, Hozier and Ariana Grande, who spawned a new Internet meme after this photo emerged of her ducking to avoid model Elsa Hosk's Angel wings during her performance.

Swift, for her part, was pretty excited about sharing the runway with her pal, model Karlie Kloss.

"When you get to see your best friend KILL IT at her job," she captioned an Instagram post with a snapshot from the show.

Forty-seven models hit the runway for this year's show, decked out in ensembles with giant butterfly wings, full feather skirts and gold knee-high stiletto boots. Adriana Lima and Alessandra Ambrosio donned this year's Fantasy Bras -- encrusted with thousands of jewels and worth $2 million each -- and Kloss wore gilded angel wings made of 18K gold.

Walking down the runway is "all about confidence," Victoria's Secret model Lily Aldridge said Tuesday on "CBS This Morning." "For the Victoria's Secret show they want to see the girl's personality, which makes it so special. It's all about being happy and healthy and having fun and letting your personality shine."

"And just embracing the moment," added fellow Angel Martha Hunt. "You've worked so hard to get to this time, so you really just have to feel the moment and enjoy it."

The models also apparently had some fun before the show, lip-syncing Swift's "Shake It Off" while shaking it on the runway -- you can see Aldridge, Lima, Kloss, Ambrosio, Doutzen Kroes, Behati Prinsloo and Candice Swanepoel show off their best moves in the video below:

Tell us: Will you be tuning in for the Victoria's Secret Fashion Show?