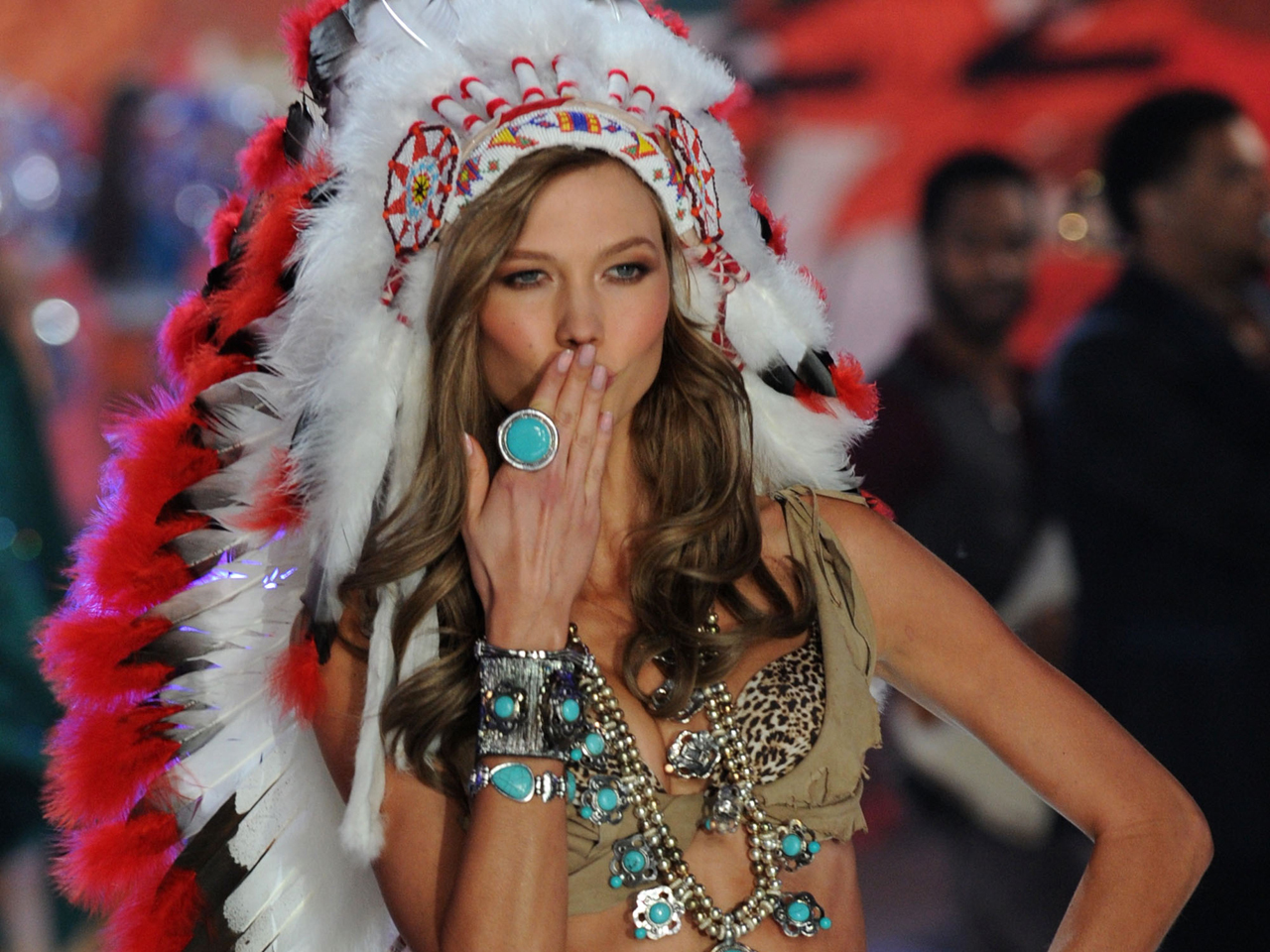 Victoria's Secret has apologized over a Native American-inspired look worn at its annual fashion show, and says it will pull the ensemble from the event's upcoming TV broadcast.

Model Karlie Kloss walked the runway during the Victoria's Secret Fashion Show last week in an ensemble that included a feathered headdress, turquoise jewelry and a fringed belt.

The look, which Stylite notes was meant to represent Thanksgiving, sparked criticism from consumers and Native American groups.

Native Appropriations, a blog focused on "documenting images of Indigenous peoples, languages and cultures in every day life," wrote: "Besides the daily harm of these ongoing microaggressions for Native folks, the sexualization of Native women continues to be an ignored and continuing epidemic."

"This isn't 'fun,' this isn't a 'fantasy' character. This is about our cultures, our bodies, and our lives," the post continued. "Native people demand and deserve far more respect than this."

Victoria's Secret apologized in a statement released Saturday via its Facebook page.

"We are sorry that the Native American headdress replica used in our recent fashion show has upset individuals," the statement said. "We sincerely apologize as we absolutely had no intention to offend anyone. Out of respect, we will not be including the outfit in any broadcast, marketing materials nor in any other way."

Kloss also issued an apology of her own on Twitter:

The controversy came just days after No Doubt pulled its music video for the song "Looking Hot" after complaints from the Native American community. The band apologized, saying, "Our intention with our new video was never to offend, hurt or trivialize Native American people, their culture or their history."

How fashion ads made cars desirable