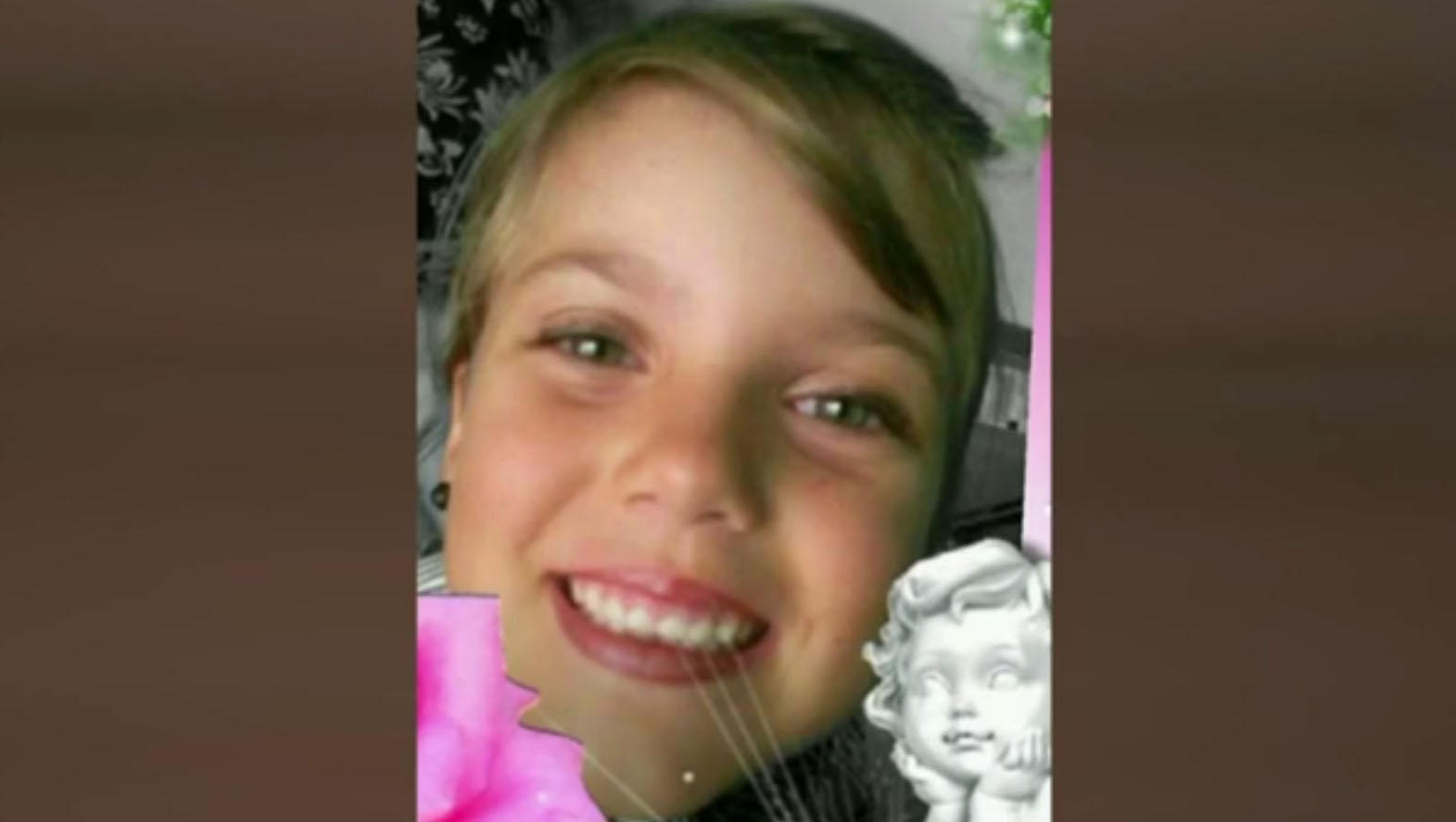 ALBUQUERQUE, N.M. -- On the day a girl was going to celebrate her 10th birthday, she was found dead in her family’s apartment by Albuquerque police officers, her dismembered remains wrapped in a burning blanket.

Details of what New Mexico Gov. Susana Martinez and law enforcement officials described as an unspeakable crime emerged Thursday in a criminal complaint made public and filed against the girl’s mother, her boyfriend and his cousin. The three were taken into custody late Wednesday night.

Police say the girl was injected with methamphetamine, sexually assaulted, strangled and stabbed before being dismembered. Albuquerque Public Schools identified the girl as Victoria Martens, a student at Petroglyph Elementary School on Albuquerque’s west side. In a statement, the district says school officials were having hard time wrapping their heads around the girl’s brutal slaying.

Martinez said in a statement the abuse and killing of the girl “is unspeakable and justice should come down like a hammer.”

A caller told a police dispatcher before dawn Wednesday that there was a disturbance in the apartment, said Albuquerque Police Chief Gorden Eden. Officers who went to the apartment complex in a middle-class neighborhood found the gruesome crime scene.

“This is a horrific tragedy for our community,” Eden told reporters. “I want to assure the public that we will pursue justice and we will make sure that we exhaust every resource into this investigation.”

CBS affiliate KRQE reports even veteran officers who responded were devastated by the disturbing scene.

“I would ask the citizens of Albuquerque keep the first responders who had to enter that scene today in their thoughts and prayers,” Albuquerque Police Officer Tanner Tixier told the station. “What these gentlemen and women saw – no human being should ever have to see.”

By Thursday morning, a makeshift shrine for the girl had emerged underneath a tree at the apartment complex - with relatives and friends leaving flowers, balloons, stuffed animals and lit candles.

The girl’s mother, 35-year-old Michelle Martens, her 31-year-old boyfriend, Fabian Gonzales, and his 31-year-old cousin, Jessica Kelley, face charges of child abuse resulting in death, kidnapping and tampering with evidence. Gonzales and Kelly have also been charged with criminal sexual penetration of a minor.

Gonzales denied having anything to do with the girl’s death as he was led out of the police station in handcuffs late Wednesday as reporters yelled questions at him. The girl’s mother said nothing as she was led out and placed into the back of a police car.

According to the criminal complaint, the mother told police Gonzales drugged the girl so he could calm her down and have sex with her. She said Kelley held her hand over the child’s mouth and she stabbed the girl in the stomach after Gonzales had choked her.

The complaint also states that the mother told investigators that Gonzales and Kelley dismembered the girl.

One of the police officers who arrived at the apartment found the girl’s body in a bathroom, rolled up in a blanket that had been set on fire. The officer put it out.

Gonzales has an arrest record stretching back to 2004, including a felony child abuse charge, driving while intoxicated and resisting arrest. It was unclear whether he was convicted of most charges, but he did plead no contest to a charge of child abandonment.

Mug shots of Martens and Gonzales released by police showed them with bruises on their faces. In his statement in the criminal complaint, Gonzales said his cousin hit him and Martens with an iron.

Martens and Gonzales made their first court appearances Thursday afternoon and both were ordered held on $1 million cash-only bonds.

“She was incredibly social,” Zamora said while visiting the makeshift memorial. “It’s just so tragic.”

Neighbor John Madrid frequently saw the girl around the complex and in the morning, waiting for her school bus.

A birthday celebration was planned for the girl for Wednesday afternoon after she was supposed to return home from school, Laura Bobbs, a local minister, told the Albuquerque Journal.

“I just imagine what that baby was going through when they were killing her,” Bobbs, the child’s godmother and a friend of her grandmother, told KRQE. “God. I can’t.”

Bobbs said she had planned the party and that they were going to have pedicures and manicures and eat cake.

She broke down sobbing and yelling Wednesday outside the apartment complex as detectives investigated.

“Who does this to a little child?” she asked. “Oh Jesus. Oh what evil.”