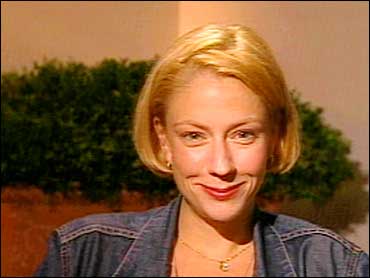 Like so many hero stories, this one began in a place no one expected — Bar Veloce, a watering hole in lower Manhattan.

"I guess we'd been there for like and hour and a half, and then heard a gunshot outside and the man who'd been shot walked in," recalls Robin Arzon.

As she and other customers in the bar watched in horror, the wounded man's assailant followed him through the door and shot him again.

At gunpoint, alleged attacker Steven Johnson, carrying three loaded guns, 153 rounds of ammunition and a samurai sword, forced Arzon and the other 14 people into a cramped utility room at the end of the nightspot. The room had one door, no window and no escape.

"The whole evening was just a bad made-for-TV movie in many, many ways," explains Anne Hubbard, who had just finished her shift as a waitress at another restaurant when she found herself a hostage.

"There really was no room for panic in that room and that's probably why nobody did," recalls Hubbard.

But, things quickly went from bad to worse.

"He hands me garbage bag ties … has me tie everybody up," describes Arzon. "Then sprays everybody with gasoline, kerosene, and then he snatches me back up and kind of uses me as a shield, 'cause the NYPD were outside."

The two women say the man also had a fireplace lighter.

"In my opinion, he wasn't a lunatic," says Hubbard. "He was just somebody who went off the edge and lost his touch with reality. And once everybody was all tied up ready to be executed, it wasn't as much fun as running down the street, shooting people."

The gunman still had Arzon by the neck, using her as a human shield. Hubbard and her friend, fellow waitress Ann Margaret Gidley, managed to keep their hands free. When the gunman turned his back, Gidley attacked him.

"She just jumped on him and was hitting him," says Hubbard. "And I jumped up, and by the time I got there, they were both on the ground."

Hubbard tried to help subdue the gunman, but the downed man still had a gun.

"I felt his arm straighten, and then he started shooting and that's when I got shot," says Hubbard. "The SWAT team came in and shot him, with us on top of him. I went and rolled up my pant leg, and there were two holes in my leg and I said, 'Wow, I've been shot.'"

The bullet tore through Hubbard's lower leg and broke the bone. But, she was alive. Arzon, Gidley and the rest of the hostages were safe. The entire ordeal, which seemed to drag on forever, lasted less than an hour.

Arzon says she believes everyone would have died if Hubbard and Gidley had not attack the gunman.

After taking a few months to heal, Hubbard went back to work and can walk without too much trouble. Her life is back to normal — almost.

"If someone had said to me, 'Would you have jumped on a guy carrying five guns, and a sword and kerosene with a lighter,' I would have said, 'Are you out of your mind?' You know, probably not," says Hubbard.

"Like I would never assume that I was that person. To all of us that person is someone bigger than you or me. But it isn't, is it? Because I did it … and I'm different as a result of it. Hopefully, in a good way."

Butter sculptures that will make you melt