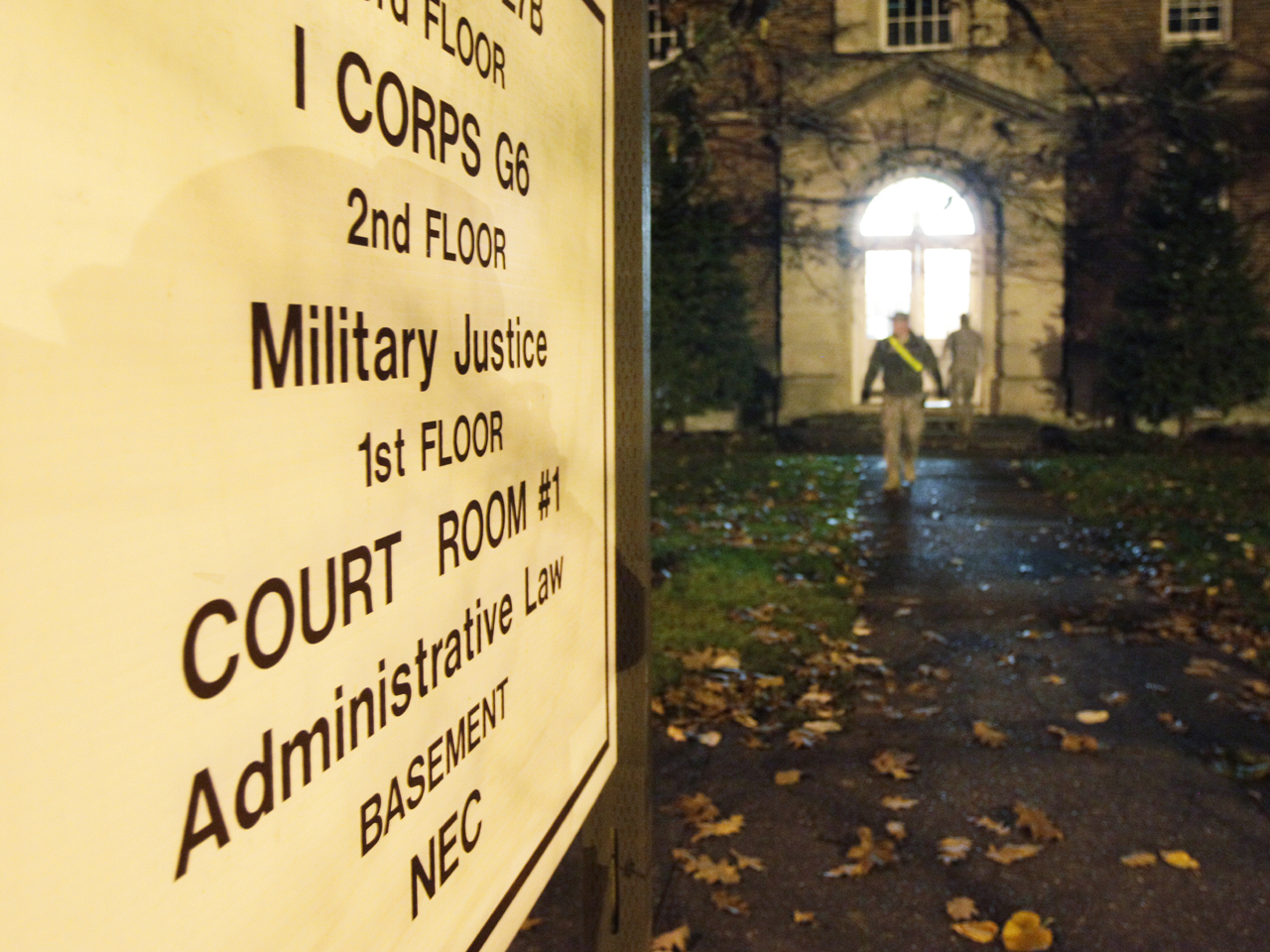 JOINT BASE LEWIS-McCHORD, Wash. Stories of the massacre came, one by one, over a live video link from Afghanistan into a military courtroom outside Seattle: torched bodies, a son finding his wounded father, boys cowering behind a curtain while others screamed "We are children! We are children!"

As the Afghans recounted the horror that left 16 dead in the darkness early on March 11, the U.S. soldier accused of carrying out the rampage sat quietly in the courtroom.

At one point, Staff Sgt. Robert Bales moved closer to a large monitor showing the testimony. At other times, he watched as it played on a laptop screen in front of him. Either way, he gave no discernible reaction to the stories he heard.

Speaking through an interpreter, one Afghan closed his remarks with the words: "My request is to get justice."

The hearing at Joint Base Lewis-McChord is meant to help determine whether Bales, 39, will face a court-martial in the deaths of the seven adults and nine children. He could face the death penalty if he is convicted.

Bales, an Ohio native and father of two from Lake Tapps, Wash., has not entered a plea and was not expected to testify. His attorneys have not discussed the evidence, but say he has post-traumatic stress disorder and suffered a concussive head injury while serving in Iraq.

The hearing, which began last Monday, was held overnight Friday to accommodate the Afghan witnesses.

They recounted the villagers who lived in the attacked compounds and listed the names of those killed, to provide a record of the lives lost. The bodies were buried quickly under Islamic custom, and no forensic evidence was available to prove the number of victims.

The youngest witness was Sadiquallah, a slight boy of about 13 or 14 whose head rose just above the back of the seat he was sitting in. With his ears sticking out from beneath a white cap, he described being awakened by a neighbor screaming that an American had "killed our men."

He said he and another boy ran to hide in a storage room and ducked behind a curtain. It provided no protection from the bullet that grazed his head and fractured his skull. Sadiquallah said the shooter had a gun and a light, but he could not identify the man.

The other child was hit in the thigh and also survived. The boy, Rafiullah, testified Saturday that an American had attacked them and put a gun in his sister's mouth.

The boys' father, Haji Mohammed Naim, was the first person shot at the home. He testified that he was awoken by shots and dogs barking. He asked his wife to light a lantern, and saw the shooter climb over a compound wall.

"He jumped from the wall, and I just saw the light on his head," Naim said. "He just started shooting me."

Asked how close the gunman was to him when he was shot, the thick-bearded Naim gestured toward a water bottle on the table in front of him, less than an arm's length away: "He was as close as this bottle."

One older son, Faizullah, recalled being awoken by someone telling him there had been a shooting at his father's compound. He rushed there to find him with a gunshot wound to the throat. One of Naim's daughters was also wounded, as were two neighbor siblings.

Faizullah said he loaded the wounded into a car, using a blanket to lift some of them. They were treated at a nearby base, then flown to a bigger military hospital in Kandahar. All five survived.

Khamal Adin, who had a beard and was wearing a turban, sat at the witness table with his arms folded, his head tilted to the left. He described the carnage at the second village, Najiban.

The morning after the rampage, Adin said he arrived at a compound belonging to his cousin, Mohammed Wazir. Wazir had been away on a trip, and he found Wazir's mother lying dead in a doorway, a gunshot to her head.

Further inside, Adin said, he found the bodies of six of his cousin's seven children, the man's wife, and other relatives. The fire that burned the bodies was out, but he said he could still smell smoke.

When Adin began to testify, Bales moved from his seat to be closer to the courtroom monitor.

Adin was asked if he could say he personally saw the bodies. He answered: "Yes. I have seen each individual and took them out by myself." Asked to describe the injuries, he said: "Everybody was shot on the head. ... I didn't pay attention to the rest of the wounds."

Prosecutors say Bales broke his shooting rampage into two episodes, attacking one village, returning to the base and then departing again to raid another.

In between his attacks, he woke a fellow soldier, reported what he'd done and said he was headed out to kill more, the soldier testified. But the soldier didn't believe what Bales said, and went back to sleep.

Dressed in green fatigues, two Afghan National Army guards recounted what they had seen in the pre-dawn darkness outside the base the night of the killings.

One guard recounted that a man had arrived at the base and did not stop even after he asked him three times to do so. Later in the night, the second guard said, he saw a soldier leave the base — laughing as he went.

They did not say the soldier was the same person nor did they identify him as Bales.

On Saturday, a man who was away from his village when the massacre took place returned home to find his mother's body.

"I just saw her, I cried and I could not look on her face," said Samiullah.

Samiullah said his 7-year-old daughter Zardana was shot in the head in the attack and was later treated at a Navy hospital in San Diego. He said she can now walk and talk again.