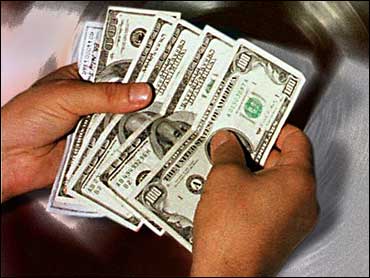 This column from The American Prospect was written by Terence Samuel.

Watching Congress debate the federal minimum wage is a bit of an out-of-body experience. On this, more than on almost any other issue, the majority of the people involved in the debate have little or no experience with the circumstances they invoke to advance their arguments. The base salary for a member of Congress is $158,100 a year, which puts him or her -- in their present jobs, at least -- somewhere above three times the median household income in the United States.

And last year, as more Americans fell into poverty, median household income remained slightly above $43,000 per year, while the poverty rate rose to 12.5 percent from 12.1 percent two years earlier: That's nearly 40 million people living in poverty. Women and children bear the brunt of the hardship. Women saw an actual decline in wages for the first time in three years; there were more children in poverty, and more without health insurance, than the year before.

Still, we endured another passionate debate in the U.S. Senate this week about the minimum wage and whether an increase would help or hurt those people who live in the economic margin. Iowa Democrat Tom Harkin, who supports an increase of the $5.15-an-hour base wage, put it in perspective.
"Since 1997," he said, "the last time we raised the minimum wage, members of Congress have raised their own pay seven times in the last eight years, by $28,500. Think about that: We vote to raise our pay seven times in eight years by $28,500, but for minimum-wage workers earning $10,700 a year, we can't vote to raise their minimum wage. Shame on the Senate."

But there is little shame in our politics these days. And for those who oppose increasing the minimum wage, it is about principle. They say it only hurts the people whom advocates claim to be helping.

"I do not support raising the minimum wage, and the reason is as follows," said New Hampshire Republican John Sununu, "When the minimum wage is raised, workers are priced out of the market. That is the economic reality that seems, at least so far, to be missing from this discussion."

Recent history offers something of a counterargument here: During a 1996 debate about raising the minimum wage from $4.25 to $5.15, opponents said that the increase would cost between 100,000 and 625,000 new jobs. In 1997, the non-farm economy created more than 3 million new jobs, unemployment was at its lowest rate in 28 years, the gross domestic product expanded by 3.8 percent, and the growth in earnings took off. In addition, real average hourly earnings saw their largest increases in 21 years. And in 1999, New Hampshire ranked first in the country with a 5.5-percent increase in jobs from the previous year.

Still, Utah Republican Senator Orrin Hatch had a story this week about Wangsgard's, a grocery story in Ogden, Utah, that illustrated the point Sununu was making: "Philip Child, the president and owner," he said, "informs me that a minimum-wage increase would force him to reduce jobs. In fact, Mr. Child confirms that of his 93 employees, those who are earning the minimum wage are either in high school or living at home with their parents. These employees are not supporting families."

And the conservative intelligentsia assures us that minimum-wage earners are not in dire straits. According to The Heritage Foundation, "One-half (50 percent) are teenagers or young adults under the age of 23. Two-thirds (66 percent) of these young workers live in families with incomes two or more times the official poverty level for their family size. Just 14 percent live in poor families. Almost 74 percent are enrolled in either high school or college. Just 5 percent are married. Over 88 percent live in families with an average income of almost $63,600 per year. The average income for single young workers is $10,000, but their average household income is $47,100 because 81 percent live with two or more people."

Really, what is the problem here? But Sununu made a further point demonstrating that his concerns go beyond the economic realities. He delved into Republican theology about the role of government. He chastised Democrats -- particularly Teddy Kennedy, who led the Democrats' fight on the issue -- about their oft-trumpeted contention that raising the minimum wage would "reward work."

Kennedy, of course, disagrees. The spectacle of the Massachusetts senator leading the fight for an increase in the minimum wage from $5.15 an hour to $7.25 is an irony lost on no one, and he has been trying to do it practically since the day after the last increase was approved, in 1996. "It is shameful that in America today, the richest most powerful nation on Earth, nearly one-fifth of all children go to bed hungry because their parents are working full time at the minimum wage and still cannot make ends meet," said Kennedy, who was trying to attach his amendment to a bankruptcy bill that will be the toast of the town among pro-business types. (They will celebrate because, after trying for almost a decade, they will get a bill that allows credit-card companies to get more out of people who try to declare bankruptcy.)

Kennedy lost the fight, of course, because Democrats lost four Senate seats last November. And this week, they were reminded again that elections do have consequences -- and that, more often that not, the wages of losing are not minimal.

Terence Samuel is the chief congressional correspondent for "U.S. News & World Report." His column about politics appears each week in theProspect's online edition.
By Terence Samuel
Reprinted with permission from The American Prospect, 5 Broad Street, Boston, MA 02109. All rights reserved