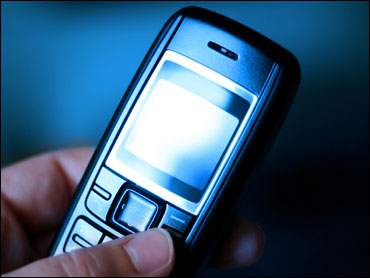 (iStockphoto)
UPPER MARLBORO, Md. (CBS/AP) You have one new voice message. "I don't want to die!"

A horrifying voicemail message was apparently the missing piece of the puzzle, in the murder of a woman who had been reported missing for a month.

Prince George's County, Md. police have charged an Upper Marlboro man in the shooting death of his girlfriend, Maris Wilkerson.

Wilkerson called her own voice mail while her boyfriend, Aaron Spriggs, fatally shot her, according to the Washington Post. Police documents indicate that in the voice message a woman is breathing heavily saying "I don't want to die, Aaron" -- then, a male's voice responding, "Hurry up and die," according to the paper.

It is unclear if the phone call was intentional or incidental.
Police arrested Spriggs, 33, on Thursday and charged him with first-degree murder in the death of Wilkerson, 45, of Upper Marlboro. Police say Wilkerson was shot during an argument.

Police say Wilkerson went missing after she left home around 11:30 p.m. on June 25. On Tuesday, police say several people walking in a wooded area in Aquasco found a body, which was later identified as Wilkerson.

Spriggs is being held without bond.