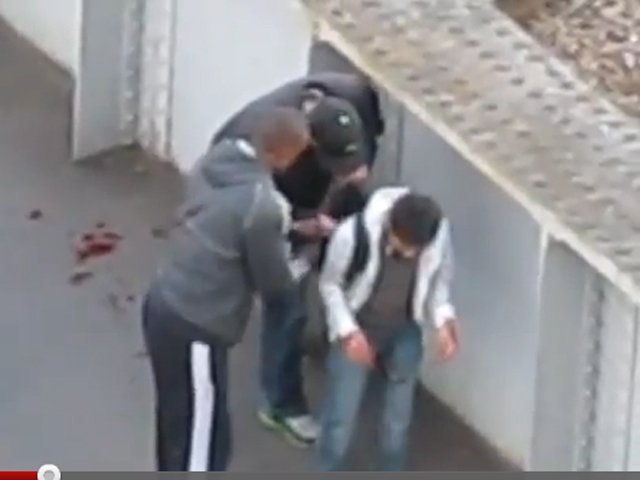 Usually during in times of chaos and tragedy are stories of people doing heroic and noble deeds. Unfortunately, this isn't one of them.

As London continues to be engulfed in continued widespread rioting and looting, some people are apparently now robbing those who are injured and helpless.

In a YouTube video filmed by Abdul Hamid, a young male, who appears injured and lying on a bloodied ground, is surrounded by a group of other young people. A male dressed in a gray jacket helps the victim stand up and gently walks him to the side.

Without the victime noticing it, another male wearing a baseball cap a black jacket swoops in and unzips the knapsack. Then he and the "good Samaritan" pilfers through the boy's belongings.

As the victim turns around and sees what's going on, the male wearing the black jacket and cap takes something from the knapsack and discards what looks like a container as he walks away. The rest of the group also disperses, leaving the victim by himself with his knapsack partially opened.

"This is evil," writes Hamid in his comment on YouTube. "A poor lad, obviously in distress, sits bleeding on the ground. He is "helped" up and then robbed. I hope these scumbags are caught."