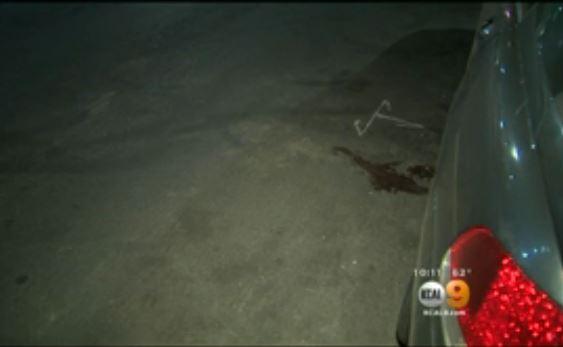 VAN NUYS, California — Police are searching for a man involved in a road rage incident that they say escalated into a killing and then theft of the victim’s car, CBS Los Angeles reports.

Neighbors at a Van Nuys apartment say they heard a loud crash and saw a man lying in the middle of the street with shattered glass everywhere at around 10 p.m. Sunday.

The LAPD says a 37 year-old man and his wife were in their car going northbound on Sepulveda Boulevard when a man on a bike was riding southbound toward their car. When the driver honked at the bicyclist, the bicyclist punched the car’s front windshield. That’s when the driver got out of the car and a fight broke out. The bicyclist hit the driver and sent him to the ground.

Investigators don’t have much to go on. The suspect is only described as 5-foot-11, 20 to 30 years old, he was wearing a dark hooded sweatshirt and dark pants. If you have any information call the LAPD Valley Bureau homicide detectives.