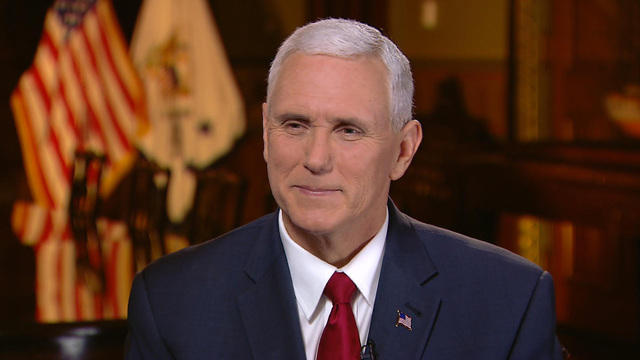 Vice President Mike Pence said Wednesday that a report claiming that no significant intelligence was gathered from the raid President Trump authorized in Yemen last month is “wrong.”

In an interview on “CBS This Morning,” Pence reiterated what Mr. Trump had said a night earlier in his first address to a joint session of Congress.

“Secretary Mattis, as recently yesterday, confirmed again to the administration that there was significant intelligence that was gathered that will lead to American success and to the safety and security of the American people,” Pence said about the raid, which he said they were briefed on on Tuesday.

“This was a strike directed at obtaining information about al Qaeda operating out of Yemen,” he added. “We do believe it will lay a foundation for victories in the future.”

The raid resulted in the death of Navy SEAL William “Ryan” Owens whom Mr. Trump paid tribute to in his address Tuesday night, with his widow, Carryn Owens, watching from the gallery. It led to a sustained round of applause in the House chamber as Carryn cried and looked toward the ceiling.

“I just think he felt very strongly about acknowledging her courageous husband,” Pence said about the president. “The tribute last night was the likes of which I’ve never seen.”

CBS News’ Norah O’Donnell then asked Pence about the signal Mr. Trump gave Tuesday suggesting that he’s open to a legal pathway for undocumented immigrants. At first, Pence emphasized that the administration is first focused on building a wall, on internal enforcement and prioritizing criminals for deportation.

As for a legal pathway, Pence said, “I think as the president said during the campaign, he said ‘Look, we’ll see.’”

He said once the first part of their agenda happens, “We’ll look at options,we’ll engage the Congress.”

Regarding the revised travel ban, Pence said that the administration is putting the “finishing touches” on it and it will be released “in the days ahead.”