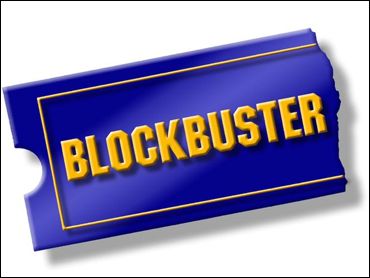 Viacom Inc. announced Tuesday that it plans to shed its controlling stake in Blockbuster, the video rental chain, and take a $1.3 billion charge to write down the value of the business.

Blockbuster's business has been under pressure from cheap sales of DVDs through major retailers as well as emerging video technologies like video on demand and personal video recorders.

Viacom had long been considering a disposal of its roughly 81 percent stake in Blockbuster, and was believed to be looking for a buyer in recent weeks. The company didn't disclose details of what it planned to do and indicated that the plan was not yet final.

Viacom said it expected to separate Blockbuster in a tax-free split-off, which would most likely involve exchanging shares of Viacom for shares of Blockbuster. But the company said it would continue to consider other alternatives.

The company said the plan was subject to final approval from its board of directors as well as "an assessment of market conditions." Viacom expects to complete the separation by the middle of the year.

Viacom, which also owns CBS (including CBSNews.com), MTV and the Paramount movie studio, made the announcement on the same day it reported fourth-quarter and full-year earnings for 2003.

The company said same-store revenues in its video business were down 7 percent in the fourth quarter due to overall softness in the movie rental industry.

Sumner Redstone, Viacom's chairman and chief executive, told investors in a conference call that while the company continued to believe in Blockbuster's long-term prospects, "the business is evolving and moving away from our core areas of focus."

Blockbuster has adapted to the shift to DVD usage from videotape by adding DVDs to its retail and rental inventories, but it has been challenged by growing sales of cheap DVDs through other retailing outlets.

Viacom took the $1.3 billion charge under an accounting rule that requires companies to occasionally assess the value of the goodwill of its businesses, or the amount above their current value that the company paid for them.

The announcement marked the second time that Viacom has said it would split off Blockbuster. Viacom floated shares in Blockbuster in 1999 and said it would divest the rest later, but the company later changed course, deciding to hold on to the business for the cash it generated.

Investors have been concerned about Blockbuster's prospects in the face of super-cheap sales of DVDs, and in recent months its shares have been hovering below $18, not far above the $15 per share at which Viacom first offered the shares to the public in 1999.

The retail nature of Blockbuster's business was always an anomaly within the Viacom media conglomerate, which is made up predominantly of advertising-driven business like TV and radio. Viacom acquired Blockbuster in 1994 to help finance its bid for Paramount.

Including the Blockbuster charge, Viacom reported a net loss of $385.4 million in the fourth quarter, or 22 cents per share, compared with earnings of $652.4 million, or 37 cents per share, in the same period a year ago. Revenues increased 11 percent to $7.52 billion from $6.78 billion.

Viacom reported a 19 percent gain in operating income at its cable networks group, a reliable profit center that includes MTV, VH1 and Nickelodeon. Television earnings declined 23 percent compared with the year-ago period, which the company attributed to a lack of political advertising and higher expenses for programming, and radio income fell 10 percent on lower advertising revenues.