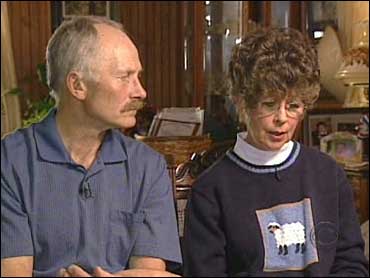 Marine veteran Jonathan Schulze survived the war in Iraq but almost two years after he came home, it ended up killing him, reports The Early Show co-anchor Harry Smith.

He had one of the toughest jobs in the war: taming the insurgent hotbed of Ramadi in 2004.

Every family prays for the return of their loved one and the Schultzes were overjoyed that their son was coming home. But the young marine who fought in Iraq came back a different man. He was haunted by the carnage he witnessed and tormented by the guilt of surviving.

"In a matter of hours he could take and go from unbelievable anger and rage to just uncontrollable weeping," Jim Schulze said.

Jonathan was not alone. A new study says one in three veterans of the conflicts in Iraq and Afghanistan is suffering from psychological disorders, including post-traumatic stress. Jonathan had terrible nightmares, to the point his mother, Marianne Schulze, said, he was "afraid to close his eyes."

He turned to drugs, alcohol and fighting. He couldn't hold a job. Finally he asked his parents to take him to the VA hospital in St. Cloud, Minn.

"She asked, 'Why do you want to be seen?' and I was standing behind him and he was sitting in a chair, his shoulders were slumped and Jim was standing in the doorway and he said, 'I feel suicidal,' " Marianne Schulze said.

His parents say the VA told Jonathan they couldn't admit him that day and asked if he would call back the next day. He did but was told he was number 26 on a waiting-list and the VA didn't have enough beds for him. Four days later he hung himself.

The VA won't comment on Jonathan's case, but said they are looking into it and are reviewing their intake procedures.

It was as if Jonathan Schultze had died twice. His spirit had been snuffed out on the battlefield and without it he could find no reason to go on living.

"He was willing to go to Iraq and did what he had to do in Iraq, got injured in Iraq, and he comes home and a year and a half of his life was torture. And they couldn't help him, or refused to help him, or told him he was number 26," Marianne Schulze said.

Jim Schultze served three tours in Vietnam and understands post-traumatic stress. He is certain the VA isn't ready for the veterans who are coming home.

"It's unfortunate because you'll have more and more vets coming back with this and it's gonna be a larger problem all the time and it's gonna need to be dealt with," he said.

The Schulzes hope other families will get the help they need: The help Jonathon didn't get.

"Time goes on and they say that time is the only thing that heals, but you never forget," Jim Schultze said, "and the hurting never stops."