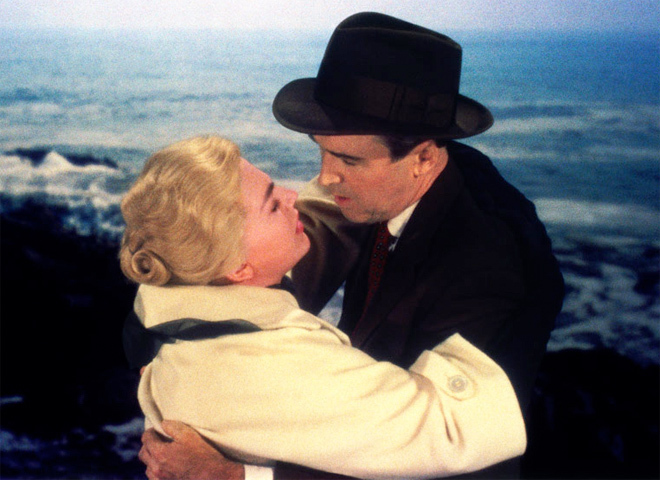 (CBS News) NEW YORK - For decades Orson Welles' "Citizen Kane" has ruled as the greatest film ever made, according to various critics' polls, the granddaddy of them all being the poll conducted by the British Film Institute's Sight & Sound magazine.

Every 10 years critics are asked to list their top 10, and since 1962 when "Kane" topped the poll, no other film has been able to dislodge it.

The 2012 poll results, announced Tuesday, now name Hitchcock's 1958 thriller "Vertigo" as the greatest film ever made, with "Citizen Kane" slipping to number 2.

Starring James Stewart, Kim Novak and Barbara Bel Geddes, "Vertigo" tells the story of a San Francisco detective who is hired by an old acquaintance to tail the man's wife. Scottie (Stewart) falls in love with his assignment, only to fail to save her from a suicide attempt because of his fear of heights.

But, as in most Hitchock tales, that's only the beginning of the twisting mystery.

Rule changes account for some other shifts in the lineup. Beginning this year, critics could not lump two or more films together, as had been done to land Francis Coppola's "The Godfather" and "The Godfather Part II" in the fourth position of the most recent poll, in 2002. With opinions obviously split about which of the two Academy Award-winning films is the better one, neither now makes the list.

John Ford's "The Searchers," which fell off the list in 2002, is now back. What is also striking is the rise in prominence of F.W. Murnau's 1927 "Sunrise," in a year when a throwback to silent cinema, "The Artist," won Hollywood's biggest prize.

What else has fallen from favor since 2002? Stanley Donan and Gene Kelly's "Singin' in the Rain," and Eisenstein's "Battleship Potemkin."

In its queries to critics, programmers, academics, distributors, writers and other cinephiles, the magazine received 846 top-ten lists, which included a total of 2,045 different films.

Sight & Sound has also polled directors for their choices, and the resulting list is more contemporary. Directors seemed to have no problem deciding which "Godfather" film to place in the pantheon (the original), and in fact Coppola landed a second slot, with "Apocalypse Now."

Martin Scorsese is also on the list, with "Taxi Driver."