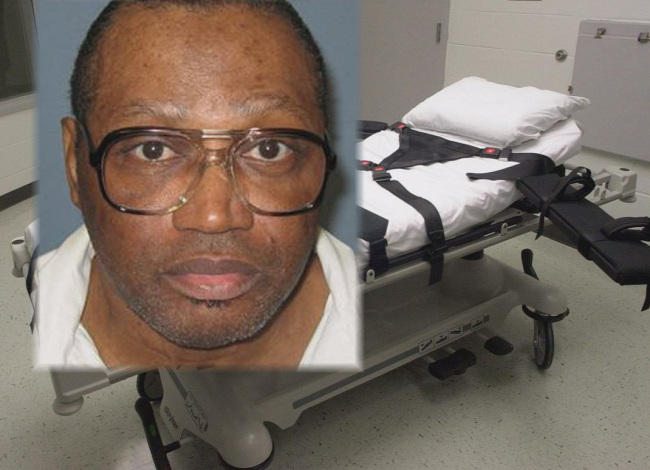 MONTGOMERY, Ala. -- The U.S. Supreme Court has delayed the execution of an Alabama inmate with dementia who lawyers say can't remember slaying a police officer. The decision came about two hours after Vernon Madison, 67, had been scheduled to be executed by lethal injection for the 1985 killing.

Alabama prison system spokesman Bob Horton says the Alabama attorney general's office told him the execution will not go forward Thursday evening because of the stay.

Madison was sentenced to death for the 1985 killing of Mobile Police Cpl. Julius Schulte.

Schulte, a 22-year veteran of the police force, had responded to a report of a missing child placed by Madison's then-girlfriend. Prosecutors said Madison crept up and shot Schulte in the back of the head as he sat in his police car.

Madison's lawyers say strokes and dementia have left Madison unable to remember his crime or understand his looming execution. They argued executing someone in such a poor mental condition will violate the ban on cruel and unusual punishment.

"It is undisputed that Mr. Madison suffers from vascular dementia as a result of multiple serious strokes in the last two years and no longer has a memory of the commission of the crime for which he is to be executed. His mind and body are failing," wrote attorney Bryan Stevenson, of the Equal Justice Initiative.

Attorneys said Madison also has slurred speech, is legally blind, can no longer walk independently and has urinary incontinence due to brain damage.

The Supreme Court has previously ruled that condemned inmates must have a "rational understanding" that they are about to be executed and why.

But the same court ruled in November that Madison's execution could proceed. Justices said then in an unsigned opinion that testimony shows Madison "recognizes that he will be put to death as punishment for the murder he was found to have committed," even if he doesn't remember the killing itself.

The state attorney general's office said courts have found that Madison, though in declining health, is competent.

Madison's attorneys have also asked for a stay on the grounds that a judge sentenced him to death, even though a jury recommended life imprisonment. Alabama lawmakers in 2017 changed the law to no longer allow a judge to override a jury's sentence recommendation in death penalty-eligible cases.

The Alabama attorney general's office, in opposing the stay, said the 2017 legislation was not retroactive and did not affect Madison and other inmates already on death row.