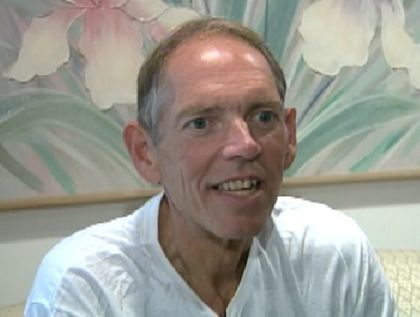 MONTPELIER, Vt. --Vermont agreed Friday to pay $1.55 million to the estate of a New York man who was released from a life-without-parole sentence for the 1994 killing of his wife at a vacation condominiumafter DNA evidence cast doubt on his conviction.

The Vermont Attorney General's Office said it settled the civil case originally filed by John Grega then pursued by his estate after he was killed in a 2015 car crash on Long Island. But prosecutors still maintain that Grega killed his wife and that they could have proven it in court.

Attorney General Bill Sorrell on Friday said a settlement for the "relatively modest amount" was preferable since Vermont could have been required to pay up to $20 million if found liable under the state Innocence Protection Act.

"We have no question that the jury verdict was just and supported by the evidence, but the downside risk of $20 million would have been really difficult for us, both financially and otherwise," Sorrell said.

The attorney for the Grega family, Ian Carleton, said his clients were pleased with the settlement.

"I think it is clear that this settlement can be summed up in two words, total exoneration," said Carleton. "The attorney general does not pay $1.55 million to guilty people, regardless of what position the state decides to take today."

Sorrell said he did not know if Christine Grega's family was aware of the settlement.

The Gregas were on vacation in the southern Vermont town of Dover with their then 2-year-old son when Christine Grega was found dead in their condominium. She had been sexually assaulted and strangled.

Grega was convicted in 1995 of aggravated murder, which carries an automatic sentence of life without parole. His conviction was later upheld by the Vermont Supreme Court.

In 2010, Carleton petitioned the court to test some of the DNA evidence collected from Christine Grega's body. The test results that include DNA from an unknown male became known in 2012 and Grega's conviction was overturned. A short time later he was released from prison.

The first morning after his emotional homecoming, CBS New York reported that Grega said he watched the sunrise.

"It's nice to be home. I walked around the block at 5 o'clock this morning. I got back and jumped in my mom's pool," he said.

Grega always said he didn't commit the crime and that he was at a playground with his son at the time of the murder, but he made conflicting statements.

"I lived with character for 18 years in prison and I wanted my family to always be proud of me," Grega said once released.

Grega's state and federal lawsuits against those who investigated and prosecuted him alleged flawed police work and unconstitutional behavior by investigators. As part of the settlement of a state lawsuit, a separate federal lawsuit, which had been scheduled to go to trial in June, was withdrawn.