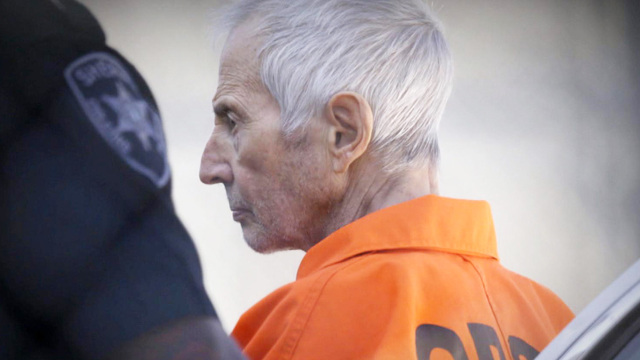 MIDDLEBURY, Vt. - Police in Vermont said Monday they've been investigating "the connection" between the 1971 disappearance of a Middlebury College student and millionaire murder suspect Robert Durst.

Investigators have been aware for several years of a link between 18-year-old Lynne Schulze and Durst, who operated the All Good Things health food store in the town, the Middlebury Police Department said in a statement.

Schulze, a native of Simsbury, Connecticut, who entered Middlebury College as a freshman in September 1971, was last seen that December. Her missing-person flyer shows her peering serenely through a loosely parted mane of light-brown hair.

The Schulze case was reopened in 1992 and has continuously generated leads, police said.

"She didn't show up for the exam," Officer Vegar Boe said then. "Later, her friends went back to her room. All her stuff was there, but she was gone."

Authorities have said they believe Schulze, at the time of her disappearance, may have been a little depressed and self-conscious because of an acne condition but appeared to be well-adjusted. In 2005 they called her "a typical, wholesome, all-American kid off at college" who "wasn't into the counterculture scene of that time."

Middlebury police call it an ongoing criminal investigation and say they aren't releasing any other details.

The 71-year-old Durst is a member of a wealthy New York real estate family that runs 1 World Trade Center. He's charged with killing a woman 15 years ago in Los Angeles. He's been ordered held on weapons charges in Louisiana, where a judge decided he's a flight risk and a danger to others after considering what FBI agents found in his hotel room - an elaborate disguise and other escape tools fit for a spy movie.

Durst was arrested at a hotel in New Orleans, where he had registered under a fake name and was lying low while HBO aired the final chapters of his life story, a documentary series called "The Jinx."

"This was not a mask for Halloween," Assistant District Attorney Mark Burton said.

Durst's lawyers say his arrest was illegal. They say the timing of an agent's inventory proves the search was illegal.

Durst, who previously was acquitted of murder after a neighbor's dismembered body was found in Galveston Bay in Texas in 2001, appeared in a New Orleans court Monday with his hands shackled to his sides in padded cuffs. He has been in a prison's mental health unit for nearly a week. Prison officials have called him a suicide risk.