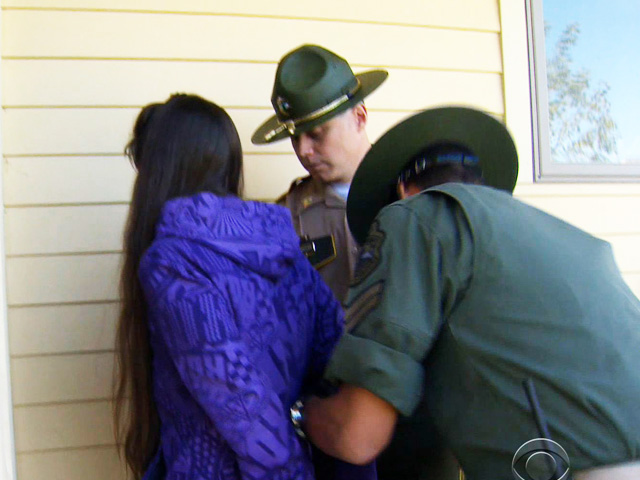 MONTPELIER, Vt. -- Twenty-seven-year-old Stephanie Montagne grew up in St. Albans, Vt., the picture of an all-American girl. But behind the smiles, from the age of 17, she hid a drug addiction.

Montagne says that at first, she smoked marijuana.

"I smoked crack and tried pills," she says. "Eventually, I went to Oxycontin to eventually heroin to IV drug use."

Asked what she would do for a fix, Montagne says, "I would steal from my family, I would do whatever it took."

Montagne has been through rehab five times. About 4,000 Vermonters are in drug treatment for opiates, such as Oxycontin and heroin. Since the year 2000, Vermont has seen nearly an 800 percent increase in opiate drug abuse.

"It's an illness we need to treat, talk about and stop being afraid of acknowledging," says Gov. Peter Shumlin.

The two-term Democrat says devoting his entire State of the State speech to drug abuse was necessary, because 80 percent of inmates in Vermont jails are there on drug-related charges; serious crimes are up 46 percent over the past five years; and last year, heroin overdose deaths almost doubled.

"It doesn't affect just one class of people, it affects rich and poor," Shumlin says. "It knows no party lines, it knows no economic lines."

Access and demand have fueled a $2 million-a-week drug trade through the state. Vermont sits in the middle of the Northeast drug corridor. Dealers traveling between Philadelphia and Montreal have found small towns in Vermont to be lucrative stops.

"If you can go and buy a bag of heroin for five or six bucks, and you can sell it here for $20 to $30 a bag, you can understand the economic incentive for these dealers that come in here and prey on Vermonters and destroying their lives," Shumlin says.

Shumlin is pushing for harsher penalties for dealers and help for addicts by putting them in treatment right away, instead of jail.

Montagne, who was arrested five times in the past, says she's now clean and working at the Vermont Teddy Bear Factory.

"In my addiction, I kept so many secrets, and I don’t have to do that anymore," she says. "I can be proud of who I am today."

Montagne is no longer a prisoner to her addiction. The governor hopes to free his state from the same peril.