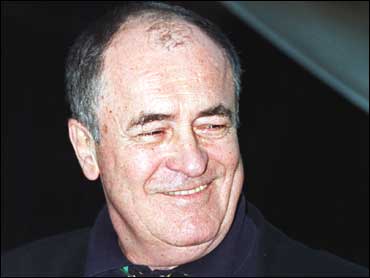 Bertolucci, whose movies include "Last Tango in Paris" and "The Last Emperor," will receive the award during the Sept. 8 closing ceremony.

"Bertolucci is a great Italian filmmaker who's had the courage to give a cosmopolitan dimension to his own personal inspiration," said Davide Croff, president of the Venice Biennale, which includes the film festival.

Bertolucci, 66, is one of Italy's most acclaimed filmmakers. "The Last Emperor" — his 1987 tale of the life of China's last emperor — won nine Oscars, including one for best director.

From his first feature film in 1962 to his last work in 2003, "The Dreamers," Bertolucci has often shown his movies in Venice. As part of the homage, the festival will also feature a restored version of the 1970 film, "La Strategia del Ragno (The Spider's Stratagem)," organizers said Monday.

The award marks the 75th anniversary of the film festival, the world's oldest. But because of war and other reasons, the festival wasn't held every year, and so the edition opening Aug. 29 will actually be the 64th.