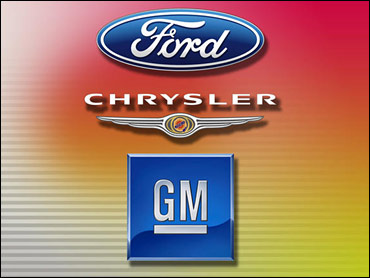 Vera Gibbons Lays Out What That Could Mean For Consumers

Financial journalist contributor Vera Gibbons laid out what that could mean for consumers, on The Early Show.

The newest headache for the battered domestic auto industry: leasing -- on top of deeply declining sales and sky-high gas prices.

Over the past several years, automakers have leased millions and millions of cars and trucks to consumers. As the leases end, consumers aren't renewing, and the cars are piling up on lots.

Chrysler is dismantling its leasing program altogether -- and fewer available leases pose another problem for motorists.

Financial journalist Vera Gibbons sorted through it all on The Early Show Friday.

With consumers up against $4 gas, the worst housing market since Depression and soaring grocery bills, many are holding back on purchasing big-ticket items.

And the shift from SUVs to smaller, more fuel-efficient vehicles blindsided virtually every auto maker, except Honda.

The industry could lose nearly $5 billion on sales of previously-leased SUVs this year alone, and double that next year and 2010 combined, as more and more SUVs come off lease. They're worth much less at the end of these leases than was forecast -- before pain at the pump put a huge dent in SUV desirability. Car makers have to unload SUVs and other gas- guzzlers at huge losses, a costly proposition, leading to Chrysler's decision.

Most major auto makers are scaling back on leasing, because their affiliated financing arms have been burned by declining vehicle values.

You might try a third-party bank if you want to lease, Gibbons points out, but they're reluctant to go that route, as well.

Bottom line: fewer choices for consumers, tighter credit requirements, and higher monthly payments on leases that are still obtainable. In fact, payments may be so high that leasing may not even be viable option anymore compared to buying.

Rebates and cut-rate loans are still widely available on any number of cars. But there are two extremes in the marketplace: You'll pay a premium for a small, fuel efficient model, but could get some very good deals on SUVs and trucks. Auto makers can't give them away.

Foreign car companies, however, are keeping their leasing programs pretty much intact.