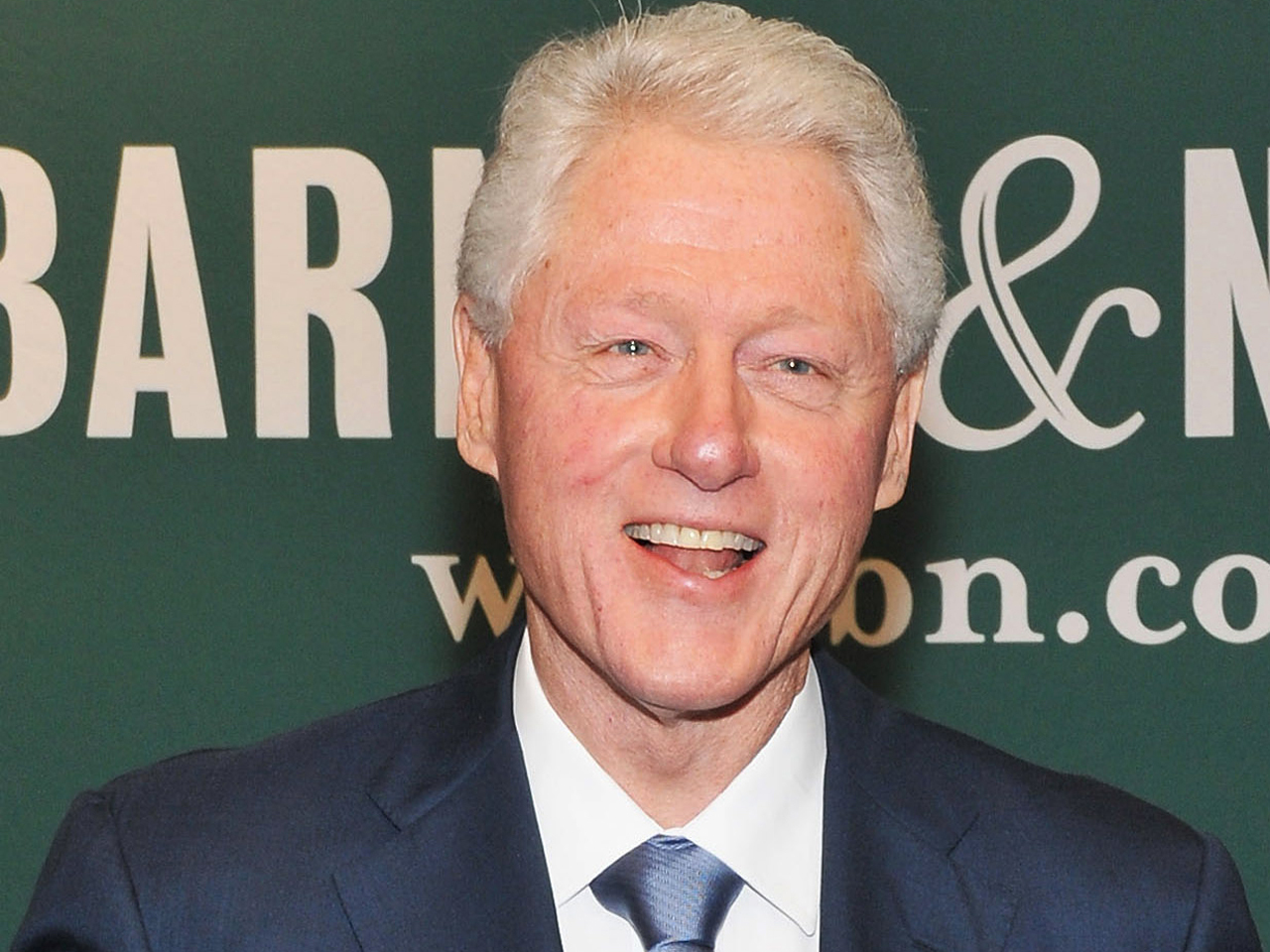 NEW YORK - Walk into Pure Food and Wine on Manhattan's chic Irving Place and back into its spacious, luxurious garden, and you might spot actress Katie Holmes. Or Alec Baldwin and his new girlfriend, whom he met at the restaurant.

Or football player Tom Brady. Or radio host Howard Stern. Or Bill Clinton and daughter Chelsea, who have made a number of visits together, enjoying the sweet corn and cashew tamales with portabella or a mint sundae for dessert. Or any number of Wall Street moguls.

It could be any trendy New York eatery, but Pure serves only vegan and raw food, with nary an egg nor an oven in sight. Its upscale clientele is a mix of vegans, vegetarians and just plain foodies, but clearly a sign of how the image of veganism has changed in recent years.

Call them the big-time vegans: The celebrity standard-bearers for a vegan lifestyle are not just wispy young actresses. They include talk-show host Ellen DeGeneres, along with wife Portia de Rossi. (Or Oprah Winfrey, who is not vegan but led her staff on a public 21-day vegan cleanse.) Or men like Ozzy Osbourne and Russell Brand, who in recent weeks both declared themselves vegans.

Athletes like Carl Lewis and Mike Tyson. Even NFL player Tony Gonzalez, tight end for the Atlanta Falcons and 245-plus pounds (more than 111 kilograms), attributes his football longevity to a largely vegan diet.

And then there are the moguls, like billionaire publisher, real estate developer and recent avowed vegan Mort Zuckerman, and Steve Wynn, the Las Vegas casino magnate, who has hired a vegan chef and put vegan options in all his resort restaurants. Biz Stone, the co-founder of Twitter, also has spoken of his veganism.

Of all the high-profile vegans, though, Clinton is the biggest "catch." Advocates were thrilled and stunned when he talked about it on CNN last year, telling host Wolf Blitzer that his impressive, 24-pound weight loss was due to a largely plant-based diet - a regime he believes will prolong his life.

"I fell off my chair when I heard him talking about his almond milk smoothie," says prominent vegan chef and cookbook author Tal Ronnen, who has worked with celebrities like Winfrey and DeGeneres, and is a collaborating chef for Wynn's two Las Vegas resorts. "Someone like Bill Clinton who grew up on southern comfort food talking about his vegan diet, it shows how things are changing."

The question is, of course, how much those changes have influenced ordinary Americans. "All the exposure is absolutely having an influence," says advocate Joseph Connelly, editor and publisher of VegNews. "People can pronounce the word 'vegan' now! Five, 10 years ago they couldn't. It's nothing but positive."

But what about hard numbers? The Vegetarian Resource Group, a nonprofit education and advocacy group, does polling on the issue that indicates veganism in America is either remaining steady or, more likely, rising slowly.

The group says its latest figures show that about 5 percent of American adults are vegetarians - saying they never eat meat, fish, seafood or poultry - and that half of these vegetarians are also vegan, meaning they don't eat dairy or eggs, either. (Strict vegans also do not eat honey.)

In addition, the proportion of vegans to vegetarians seems to be going up, says Charles Stahler, co-director of the group.

"It seems to all add up," Stahler says. "It comes from different angles - the public campaigns of animal rights groups, the emergence of the health rationale, the environmental movement." There is also the issue of supply - more vegan options available in supermarkets all the time.

"There are a lot of ways that people come to it," says Ronnen, the vegan chef, who catered DeGeneres and de Rossi's wedding and supervised Winfrey's cleanse. "But I've been doing this a long time, and I have never seen such a shift.

"It's no longer seen as a diet of hummus and alfalfa sprouts on some really dry healthy bread," he says. "It's not hippies preaching peace and love. Now, you have a crossover of mainstream business people and good-looking celebrities."

De Rossi certainly falls into that latter category. The actress has written about her struggles with eating disorders. Now, she says, she wants people to know about the vegan lifestyle she's adopted with DeGeneres, her wife of three years, one they've chosen out of concern for animal welfare.

In an interview, De Rossi said she had been essentially vegan when she met DeGeneres, who was a fan of meat, especially burgers. De Rossi went back to meat, but later, together, they became vegans.

"It took a couple years, but we realized we didn't feel comfortable ethically eating meat," de Rossi says. "For animal lovers, something kind of clicks. But it doesn't really matter how you get to it, as long as you believe in why you chose a vegan diet."

De Rossi is encouraged that prominent figures like Wynn and Clinton are throwing their weight - even 24 pounds less of it, in Clinton's case - behind veganism.

"I think men in particular are taking note of Steve Wynn and Bill Clinton," she says. "They're really powerful men that people want to emulate." As for entertainment figures like herself, "we can do our part too," the actress says. "The more we can demystify the word 'vegan,' the better." She notes that all cooking segments on DeGeneres' show are vegan.

But what about the cost argument, that shifting to a vegan diet is expensive and time-consuming, and often simply untenable for average Americans who, unlike stars and billionaire moguls, don't have their own private chefs?

"I get some of that," acknowledges de Rossi. "But look at the diet. Foods like beans and rice are staple foods in so many cultures. And there's so much you can buy in supermarkets now. Being vegan is not an exclusive thing. I think for people to say, 'Well, it's fine for you' - that's kind of an excuse."

De Rossi and DeGeneres, in fact, are becoming restaurateurs: They've invested in a vegan chain, The Veggie Grill, and may be investing in a standalone vegan restaurant as well, according to a spokesman.

They could probably take advice from Sarma Melngailis, owner of Pure, who co-founded it in the summer of 2004.

"It's all so much more mainstream now than seven years ago," Melngailis says. "We've moved away from that crunchy image. You won't see that here."

What you will see are diners eating a raw lasagna made with zucchini, heirloom tomatoes and macadamia pumpkin seed ricotta, or squash blossoms filled with a spiced cashew "cheese," both dishes bearing a high-end $24 price tag. Or sipping cocktails made with fresh organic juices, like a mojito with mint, lime juice and sake.

Melngailis, who also owns the One Lucky Duck retail store and online business, specializing in vegan snacks, feels that the more adaptable veganism is, essentially, the more people will accept it.

"A lot of people associate veganism with judgment, and I don't like that," she says. "Our goal is to encourage a shift. It's not black and white. It's gray."

The role of a (mostly) vegan like Clinton is crucial, she says. "It legitimizes it a lot. I like to point it out all the time when people are skeptical about veganism - Clinton's a smart man."

The former president pleased advocates for veganism once again when he was asked recently, rather too bluntly in their view, whether it simply "sucked" to be vegan.

No, Clinton told Matt Lauer on NBC's "Today" show: "I'd like to have as many good days as possible, and this seems to be the best way to get it," he said.

That's not why Daelyn Fortney is a vegan. The mom from Greenville, S.C., and editor of the vegan and vegetarian website ThisDishIsVeg, is focused on animal ethics. But she is delighted that people like the former president are giving veganism a fresh and powerful face.

"That's probably going to be the way it'll move to a lot more people," Fortney says. "It's always fantastic when a cause gets a name like that behind it."

But she adds a note of caution about the big-time vegans.

"I hope they stick with it!" Fortney says. "It could do damage on the other end if they don't."