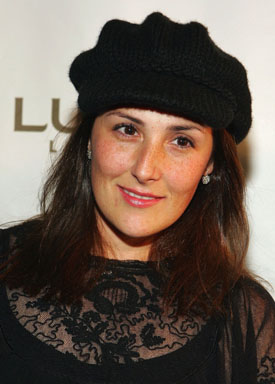 Greg Vaughn homered and drove in three runs as the Cincinnati Reds pounded Darryl Kile and added to their one-month surge by beating the Colorado Rockies 10-7 Thursday night.

The Reds once again took advantage of the pitching staff they pummeled for a 24-12 win at Coors Field on May 19, the last time they met. The Reds have won all four games with the Rockies this season, outscoring them 46-24.

Cincinnati scored seven runs in the first three innings off Kile (5-8), who has won only once since June 1. Vaughn had a run-scoring single in a five-run first and hit a two-run homer in the third, his 21st of the season.

Steve Parris (6-1) matched his career high for wins in a season by limiting Colorado to three runs only one earned in seven innings. Neifi Perez, who entered the game in a 3-for-23 slump, had three singles and a solo homer for the Rockies.

Kirt Manwaring hit a solo homer in the top of the ninth off Stan Belinda and Darryl Hamilton added a three-run shot to make it 10-7. Danny Graves relieved and got the final three outs for his 13th save.

Both teams stayed on the courses they set heading into the All-Star break.

Since being stuck in last place in the NL Central on May 15, the Reds have gone 36-18 to wrest first place from Houston. They've won 16 of their last 21.

Colorado has lost four of its last five and has been beaten in its last eight road games. The Rockies haven't won on the road since June 13 in Texas.

The main problem for Colorado has been the pitching staff, which entered the game with a 6.16 ERA that was worst in the majors. Kile was among the league leaders in hits, walks, runs and homers allowed.

Cincinnati got a few breaks as its first six batters reached. Kile couldn't handle Michael Tucker's comebacker and Vaughn's soft single to right fell in to score a run. Eddie Taubensee's two-run single with the bases loaded was the key hit.

Sean Casey doubled in the third ahead of Vaughn's homer into the second deck in left field. Vaughn has been on the upswing in his last 11 games, going 17-for-44 with four homrs.

Kile has given up 40 earned runs over 36 2-3 innings in his last seven starts. The seven earned runs Thursday pushed his season total to 81, matching the Cubs' Steve Trachsel for the NL lead.

The game matched the top two hitters in the NL. Leader Larry Walker of Colorado went 0-for-5, dropping his average to .375. Casey was 2-for-4, raising his to .373. Casey left the game as part of a double-switch after fouling a ball off the top of his ankle and then flying out in the seventh.