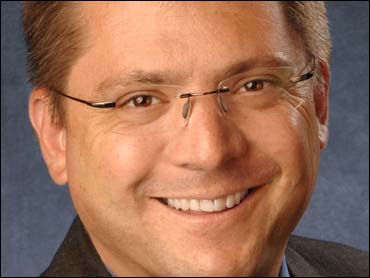 Before being named editor of "Public Eye" in July, 2005 I had been the editor of The Hotline, Washington D.C.'s premier daily online political news source, since 2002. Before assuming day-to-day responsibilities of that publication, I served as The Hotline's TV Editor from 1998 to 2002. In addition to managing the daily publication, I also wrote "Talking Heads," a weekly column explaining how the press covers Washington. I authored that column for more than six years, between 1999 and 2005.

While at The Hotline, I was a regular guest on C-SPAN's "Washington Journal" and frequently discussed campaign news and events on shows such as PBS' "The McLaughlin Group," Fox News Channel's "The O'Reilly Factor" and MSNBC's "Hardball." In addition, I frequently appeared on CBS, NBC, CNN, MSNBC and Fox News Channel as a political analyst and was a regular guest on ABC radio's "John Batchelor Show."

Prior to working in television, I started at The Hotline in the midst of the 1992 presidential election and stayed on to cover the 1994 midterm congressional elections. My practical political experience came with a short, but intense, stint as the deputy press secretary for Pat Buchanan's 1992 presidential campaign.

I was born in Colorado Springs, Colo., and largely grew up in a small farming and ranching community just east of that city, with several years spent in Alaska. I studied history at the University of Colorado in Boulder. My wife, Lisa, and I live in Alexandria, Va., with our three children.