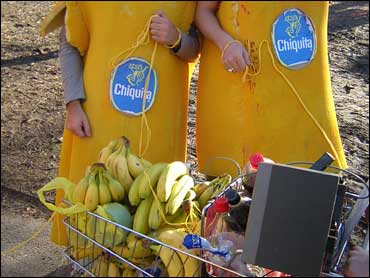 While Andy Ashby had another off night, the San Diego Padres' offense didn't.

"You try to take advantage of it and be aggressive," said Greg Vaughn, who hit his 44th homer leading off the fourth. "We never think it's over. If you go hard, good things will happen. Guys were patient and just kept going."

It was San Diego's biggest inning since scoring 11 in the sixth inning against the New York Mets on April 1, 1997, and the team's biggest comeback of the year.

The rally came too late to help Ashby, who lasted just 3 2-3 innings for the second straight start and failed in his third attempt at his 17th win. Hernandez reached base four times and finished with four RBIs. Vaughn scored twice, giving him 100 runs this season.

The Expos have lost nine straight and 16 of 18. Ten Padres drew walks off four Expos pitches, and five scored.

With the Padres trailing 8-1, Vaughn homered to extend his club record and career-best total. Mark Sweeney followed with his second homer. The Padres sent 12 more batters to the plate, getting five walks and four singles, and came up with the bases loaded six times.

Quilvio Veras drew a bases-loaded walk off starter Javier Vazquez, who allowed six of the runs, including the homers. Steve Finley drove in two runs with a bases-loaded single off Mike Maddux (2-3), and Veras scored on a wild pitch. Maddux walked Jim Leyritz with the bases loaded and two out to force in the tying run, and Hernandez's single past diving first baseman Brad Fullmer made it 10-8.

"Those (innings) are fun when they're on your side, and tough when they're going against you," San Diego manager Bruce Bochy said.

"That's a game we should win," Vladimir Guerrero said. "But when you have an inning like that, it's rough."

Donne Wall (5-3) struck out four in two innings for the win.

Veras also scored on a wild pitch by Vazquez in the first inning.

Guerrero hit his 34th homer leading off the third and Chris Widger connected two batters later, both off Ashby.

Guerrero scored three times. He was hit by Ashby in the first and scored on Brad Fullmer's double, and was intentionally walked in the fourth and scored on Widger's two-run, bases-loaded single. He also reached on a wild pitch by Wall on strike three in the sixth.

Ashby struggled with his location and got behind in counts. He said he needs to be more aggressive.

"It's frustrating to go out and not give your club a chance to win early," he said. "The bullpen came in and did a great job to win the game."

The bullpen allowed just three hits and struck out seven in 5 1-3 innings.

Three pitches into the game, Ashby had allowed bunt singles to Wilton Guerrero and Terry Jones, and got F.P. Santangelo to hit into a double play. But Wilton Guerrero scored on a wild pitch. Vladimir Guerrero made it 2-0 when he scored on Fullmer's double.

Vladimir Guerrero is 10-for-18 with two homers and 10 RBIs in five games against San Diego this year.