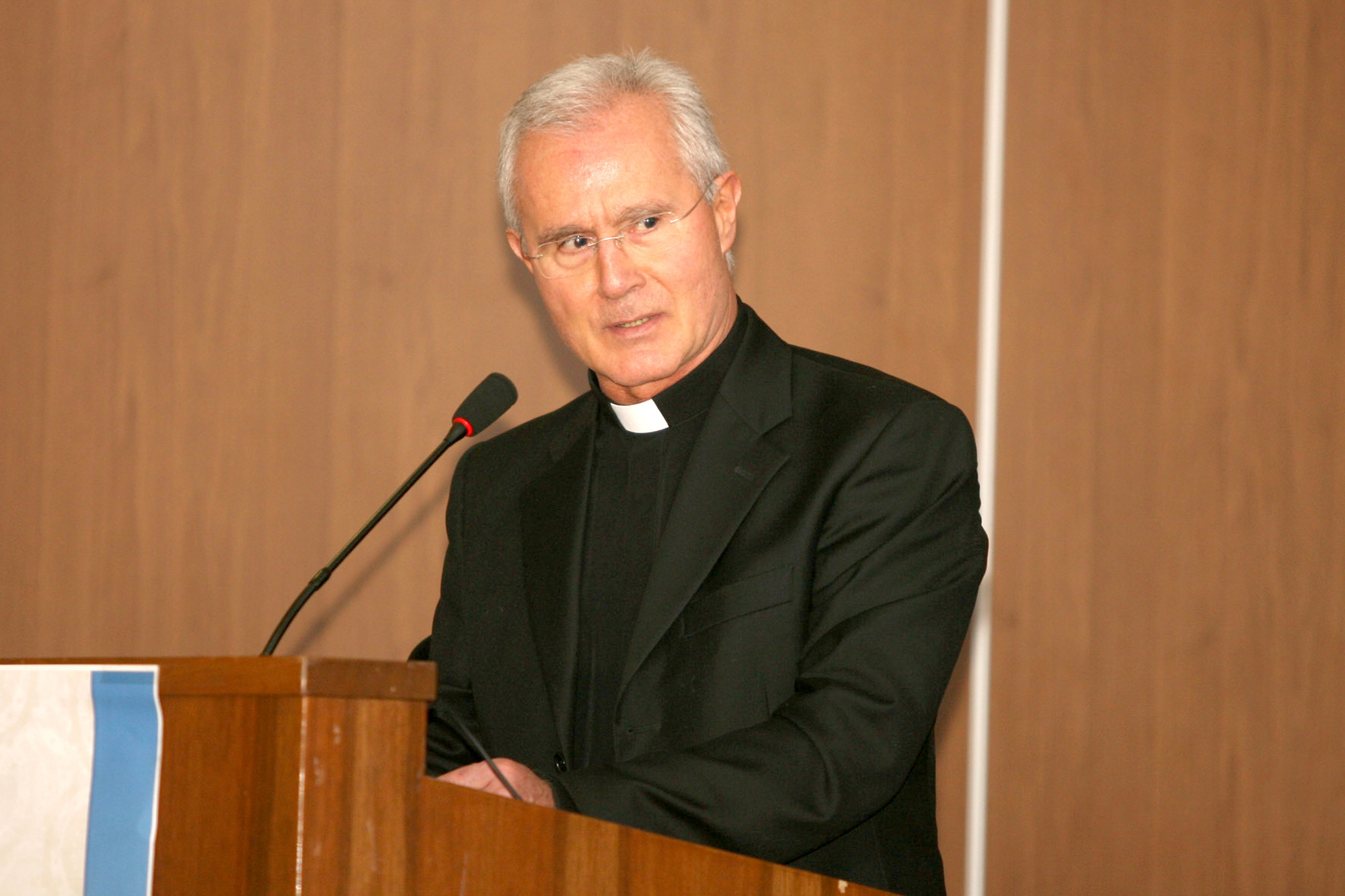 ROME A Vatican accountant arrested in a 20 million euro ($26 million) smuggling plot acknowledged Monday during questioning that his behavior was wrong but said he was only trying to help out friends, his lawyer said.

Monsignor Nunzio Scarano, dubbed "Don 500" by the Italian media because of his purported favorite euro banknote, was questioned for three hours Monday by Judge Barbara Callari, who must decide whether to confirm his arrest.

Attorney Silverio Sica told The Associated Press that Scarano isn't well in prison and had asked for house arrest to await a decision on his fate, expected in a day or two.

Scarano was arrested Fridaywith two other people in an elaborate plot to smuggle 20 million euros from a Swiss bank account into Italy by private jet without reporting it to customs officials. It was the latest financial scandal to hit the Vatican and its embattled bank, which has long been regarded as an offshore tax haven prone to scandal.

Sica said Scarano "recognized it wasn't licit," but acted to help out his friends.

Prosecutors have identified the friends as Italy's d'Amico shipping family and said they presumably had the money in Switzerland to avoid paying Italian taxes. The prosecutors have refused to say whether any members of the d'Amico family are under investigation.

In a statement Monday, the family said they are "completely unrelated to such events, in respect of which we will provide all clarifications to the judicial authorities."

Two other people were arrested along with Scarano: Italian financier Giovanni Carenzio and Giovanni Zito, who until recently was a member of the Italian military police's security and information agency.

According to wiretapped conversations, the three allegedly plotted to smuggle the cash that Carenzio held in a Swiss bank account without declaring it to authorities at the airport. Zito was to be the mule, since his high rank would have enabled him to pass through customs undetected.

In the end, the plot never transpired: Carenzio reneged at the last minute, saying he couldn't get the cash.

Zito, who flew aboard a rented private jet to Lucerne, Switzerland in July 2012 to pick up the money, returned home empty-handed. But he still demanded from Scarano his fee of 600,000 euros for the operation, prosecutors said.

Scarano cut him one check for 400,000 euros which he deposited. He gave him a second check for 200,000 euros, but in a bid to prevent the check from being deposited, reported it as missing, the prosecutor said.

That put a block on the check and resulted in Scarano being accused of slander for filing a false report knowing that the check was in Zito's hands.

Scarano, as well as the other two, are also accused of corruption. If they are indicted and convicted, they could face up to five to six years in prison, prosecutors said.

Sica acknowledged that the scenario mapped out by prosecutors is true. But he said the defense would contest the corruption accusation on technical grounds.

"We cannot deny the facts," Sica said. "But for us, there aren't the technical reasons for the corruption accusation, and we believe that he did this to help out his friends."

Scarano is also accused of money laundering in a separate case being investigated by prosecutors in Salerno.

That investigation involves his two accounts at the Vatican bank, known as the Institute for Religious Works, or IOR. Pope Francis last week named a commission of inquiry to look into the bank's activities and its very legal status amid continued questions about what exactly goes on there.

Until he was suspended a few weeks ago, Scarano was an accountant in the Vatican's Administration for the Patrimony of the Apostolic See, or APSA, which essentially functions as the Vatican's central bank, a part of the Vatican that works closely alongside the IOR.

APSA administers the day-to-day financial workings of the Vatican, including payroll for the Holy See's 2,400 employees, the purchasing of goods and services, the management of its real estate and the recording of income and expenditures. It holds accounts with many central banks, including the U.S. Federal Reserve, the Bank of England and the Bundesbank.

And it has about 100 people who actually have accounts with it, mostly to facilitate donations. In 2012, APSA had assets worth 680 million euro.