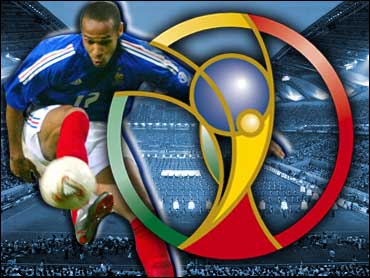 A Vatican archbishop on Thursday lamented a possible flood of prostitutes into Germany for the World Cup, saying it cheapened the dignity of women, "who cost less than a ticket to a soccer game."

Archbishop Agostino Marchetto, a top official of the pontifical council for the care of migrants, was asked by Vatican Radio about the expected World Cup boom for Germany's sex industry during the four weeks of the tournament.

A U.S. congressman has cited estimates that as many as 40,000 women could be brought into Germany to be exploited as sex workers, although some German officials have questioned those numbers.

"Using soccer terminology, I say that red flags should be given to this industry, to its clients and to the public authorities who host the event," Marchetto told Vatican Radio. "Prostitution, in fact, violates the dignity of the human person, reducing her to an object and instrument of sexual pleasure," the archbishop said.

"Women become goods to be purchased, whose cost is even less than that of a ticket to a soccer game," the prelate said.

"Certainly we know that prostitution is allowed in some areas of Germany, but it is even more serious that more than 40,000 women will enter the circuit of prostitution during the World Cup and that many of them are forced to carry out this activity against their will," Marchetto said.