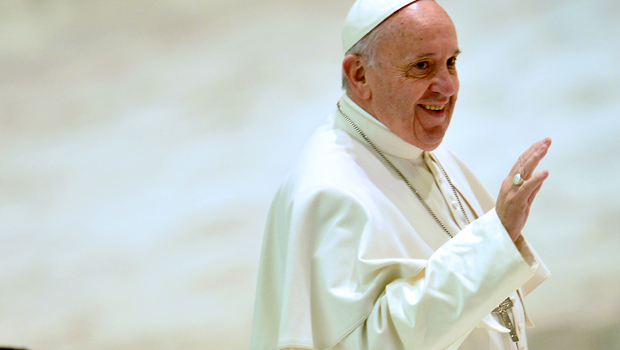 VATICAN CITY -- The Vatican has offered a place to stay to a homeless woman who gave birth on a piece of cardboard near St. Peter's Square early Wednesday. She's thinking about it.

Italian police said a patrol stopped to help the woman after she gave birth in a square just beyond Vatican territory at about 2 a.m. Wednesday, when temperatures were hovering around freezing.

"When I got close I saw that the baby was already born and was still attached by the umbilical cord to the mother," one of the responding officers, Maria Capone, told The Associated Press. "With my colleagues we tried to warm them up. We covered them with our uniform jackets."

They called an ambulance which took mother and child to a nearby hospital.

Later in the day, Pope Francis' top charity official, Monsignor Konrad Krajewski, visited and offered the woman a place to stay for a year at a Vatican-owned residence for mothers and babies in need.

The woman hadn't decided whether to accept the offer, the Vatican spokesman, the Rev. Federico Lombardi.

The baby's mother and father, both Romanian, were known to the Vatican as they sometimes showered at facilities Krajewski's office had built off St. Peter's Square for the homeless.