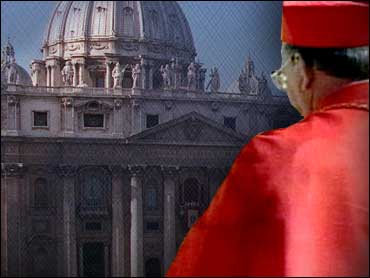 The Vatican declared Tuesday that the traditional family has never been so threatened as in today's world, lashing out at contraception, abortion, in-vitro fertilization and same-sex marriage as threats to "the natural institution of marriage."

The 57-page document was issued by the Pontifical Council for the Family, whose head, Cardinal Alfonso Lopez Trujillo, is a strong opponent of the use of condoms under any circumstances. Gay activists in Italy quickly condemned it as an "attack against modern life, freedom and social redemption."

The document did not break any new ground but summarized traditional Vatican positions.

"Man of modern times has radicalized the tendency to take the place of God and substitute him," it states. "Never before in history has human procreation, and therefore the family, which is its natural place, been so threatened as in today's culture."

The document did not mention an ongoing debate within the Vatican on whether the Roman Catholic Church could permit condoms to battle AIDS in a particular circumstance — when one partner in a marriage has the virus.

It reaffirmed the famous 1968 encyclical "Humanae Vitae" that stated the Vatican's opposition to contraception. However, it said, couples "have been limiting themselves to one, or maximum two children."

The document also condemned in-vitro fertilization, artificial insemination and the use of embryos.

"If a man takes on the power to fabricate man, he also takes on the power to destroy him," the document stated. "The human being has the right to be generated, not produced, to come to life not in virtue of an artificial process but of a human act in the full sense of the term: the union between a man and a woman."

Lopez Trujillo sparked controversy three years ago when he said condoms don't prevent AIDS and may help spread it because they create a false sense of security. The Vatican insists sexual abstinence is the only sure way to fight AIDS.

Several other cardinals have argued that the use of a condom within a marriage would be the lesser of two evils if it prevents passing on HIV infection to the partner.

The document made a broad attack on what it said were threats to the "the natural institution of marriage."

"Couples made up of homosexuals claim similar rights to those reserved to husband and wife; they even claim the right to adoption. Women who live a lesbian union claim similar rights, demanding laws which give them access to hetero-fertilization or embryo implantation. Moreover, it is claimed that the help of the law to form these unusual couples goes hand in hand with the help to divorce and repudiate," the document said.

"Abortion and infanticide show the absence of efficient juridical protection for the conceived. Such practices in fact constitute a violation of the fundamental right to life which is the right of every human being from the moment of conception," it said.

Franco Grillini, a deputy in the Italian Parliament and honorary president of the activist group Arcigay, condemned the Vatican document as "grotesque," and said that other European countries that give legal recognition to unmarried and gay couples have done so with great benefit to society.

"To maintain, therefore ... that this would represent an attack against the traditional family is a falsehood that has been scientifically contradicted by the facts," Grillini said.